Can Your Fitness Tracker Predict Oncoming Viruses While You Sleep?

In a very near future, smartwatches could be the first way to learn you have an illness — be it Lyme disease or COVID-19 — on the way. 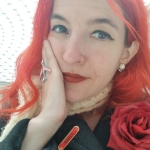 Smartwatches and fitness trackers can log up to hundreds of thousands of measurements about your body every day. We use these devices to gain insight into our behaviors and overall wellness. Now researchers believe that these devices have the potential to help clue you into the earliest signs of illness, possibly before noticeable symptoms set in.

Dr. Michael Snyder, a genetics professor and chair of the eponymous Snyder Lab at Stanford University, is actively studying the ways smartwatches can predict the onset of viruses ahead of any presenting symptoms. Snyder’s lab typically uses blood and other fluids to better understand the mechanics of the human genome and its connection to providing proactive healthcare opportunities. But when smartwatches came onto the scene, the team quickly recognized their potential for providing helpful data.

Snyder himself first realized that smartwatches may have the potential to help detect illnesses when his own device tipped him off to a Lyme disease diagnosis five years ago.

“I was on a flight to Norway when I noticed my blood oxygen dropped abnormally low,” Snyder says. Since Snyder had been monitoring his own measurements for a while, he was familiar with his own data sets for a normal heart rate and skin temperature. Using that knowledge and the fact that he had been in the fields two weeks prior, Snyder suspected Lyme disease, which a doctor later confirmed. This experience compelled him to think more broadly about smartwatches.

“I figured if I could figure out my Lyme disease from a smartwatch and a pulse oximeter, that I could use [smartwatch] data to learn about other things,” he explains.

After the Lyme disease diagnosis, Snyder continued his research, ultimately publishing a report in 2017 about using skin temperature, heart rate, and blood oxygenation to help detect illnesses. This research became even more important with the onset of the global novel coronavirus pandemic. In 2020, Snyder and his team used this algorithm to try and predict the onset of COVID-19.

"Every single time you’re ill, your [resting] heart rate jumps up prior to symptoms [developing],” says Snyder. “It worked on me. It worked on three other people who got sick — one got sick twice.”

While it’s recommended to wear your smartwatch 24 hours a day, the most important data Snyder’s team relies on to make predictions is gathered during your sleep. Since wake-time activities, such as exercise or drinking, can alter and elevate your heart rate, the heart rate data while you are asleep provides a more accurate baseline, and thus a more reliable indicator of possible change.

And the study results from Snyder’s team were promising, suggesting that smartwatches would be able to detect the onset of COVID-19 before symptoms appeared in 63% of the cases.

This research has also been conducted by other universities. The DETECT study, done by Scripps Research Team in La Jolla, California, explored the intersection of smartwatch and genetic data collection to monitor for illnesses. In their research, they found that heart rate, sleep, and activity level data from smartwatches could also help identify cases of COVID-19. Director and founder of Scripps Research, Dr. Eric Topol, hopes to use tracker data for early identification of infection and to help prevent full-blown outbreaks.

With these promising results, the future of smartwatches as an illnesses detector sounds like a great investment. However, it might also be too soon to rely on your wearable just yet. While the studies show that wearables can identify changes in your heart rate, blood oxygen, and more, wearables cannot predict the type of illness you might experience. There are also many other factors — such as age, environment, weather, and even type of smartwatch — that researchers are studying to determine accuracy.

How to Get Your Wearable to Track Emerging Illnesses

Folks who have a smartwatch device can participate in Snyder’s study for free through the MyPHD app by Standard Healthcare Innovation Lab. For now, the app is only compatible with Fitbit, Apple, Garmin, and SensOmics, but there are plans to add Samsung, Whoop, and the Oura Ring down the line.

Those who participate will receive an alert when the device detects an irregular, raised heart rate and abnormal body temperature activity. This data will be visible to you and the scientists at Stanford working on the study, but it will not be shared with your healthcare provider.

The Difference Between Prediction and Diagnosis

As mentioned before, smartwatches may be helpful for predicting and preparing for the onset of an illness, but they cannot provide a diagnosis. For a full diagnosis, a user should talk to a doctor to go over medical history and past and present symptoms, and discuss the need for testing. Smartwatches do not detect specific illnesses — they can only provide the alert that physiological changes could mean the onset of an illness.

As researchers continue to evolve and expand their studies, they’re hoping to find a way for smartwatches to detect more than just illnesses. Other conditions such as Parkinson’s disease, epilepsy, and diabetes have all been researched in connection with smartwatches and systematic reviews show that there is enough promise to justify more rigorous clinical trials.

So does that make smartwatches worth it? Currently about one in five Americans are wearing them.

“Here’s how I look at it,” Snyder says. “Your car has a dashboard. It has all kinds of sensors on it. If something goes off, it sends a signal to the dashboard. You wouldn’t drive around your car without a dashboard. That’s what you’re doing right now with your human body. We have internal sensors that aren’t that great, but you could have a dashboard that’s telling you what your health is. These dashboards are giving you alerts warning you, so you’ll be better prepared.” And Snyder arms himself with plenty of sensors — he wears four devices, and has sometimes worn up to eight.

When it comes to your health, that’s data worth collecting and sleeping on.

Read more about fitness trackers, from WHOOP to Apple Watch. Or go old school and track your snooze gains with a sleep diary. This pen to paper method won't be detecting illnesses anytime soon but it can help you determine what does and doesn't influence your sleep quality.

Jennifer Stavros is a Los Angeles-based freelance culture writer with a love for technology, death, art, politics, and their connection to social nuances. Her writing can be found in Playboy, Wired, Insider, Input, Inverse, Marie Claire, Cosmopolitan, and more. She is currently working on a book about the intersection of life, death, and poverty. You can follow along with her writing on Twitter.
Read Next:
What’s a Sleep Paralysis Demon?
Find out what’s really going on when you have a "visit" from a nefarious nighttime creature.
Learn more
Can Sleep Headphones Help You Get Great Sleep?
If noise or racing thoughts are contributing to your sleepless nights, these comfortable options could help you drift off.
Learn more
Why You May Not Want to Use Melatonin Every Night
With new studies unsure of possible side effects from long-term melatonin usage, researchers are telling people not to use the supplement for chronic insomnia.
Learn more
The Week in Sleep News: May 13, 2022
This week, scientists studied emotional memories, the impact of sleep on cognition, and a possible explanation for SIDS.
Learn more
How Your Periods May Be Impacting Your Sleep
Your menstrual cycle may be messing with your sleep schedule. Learn everything you need to know about period insomnia and how to combat it.
Learn more
Recommended for You
Can Sleep Headphones Help You Get Great Sleep?
Learn more
The Best Products to Help You Sleep When You’re Pregnant
Learn more
How Tracking Their Sleep Helped Our Sleep Team Get Serious About Better Rest
Learn more
40 Percent of Adults Still Sleep with a Stuffed Animal. Here’s Why
Learn more
6 TED Talks That Will Change the Way You Think About Sleep
Learn more
The Best Holiday Movies, Books, Podcasts, and Playlists
Learn more
Trending Now
Wake Windows are the Key to Unlocking Baby’s Sleep Schedule
Learn more
27 Top Sleep Questions, Answered by the Experts
Learn more
How Does Heat Impact Sleep?
Learn more
What Is Box Breathing and How Does It Help You Get to Sleep?
Learn more
What is Junk Sleep? And How to Fix It
Learn more
40 Percent of Adults Still Sleep with a Stuffed Animal. Here’s Why
Learn more