Find out what’s really going on when you have a "visit" from a nefarious nighttime creature. 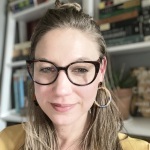 You’re sleeping, when suddenly something is smothering you. You attempt to get free, but you can’t move your arms or legs beneath you, almost as if an evil entity has pinned you beneath its crushing weight.

If this sounds terrifyingly familiar, you’ve likely had a visit from a "sleep paralysis demon." The intruder is nothing more than a sleep hallucination, but the momentary paralysis is real. Although scary, the phenomenon results from your brain getting temporarily snagged at the transition from rapid eye movement (REM) sleep to an awakened state.

The scene seems straight out of a horror movie. But sleep paralysis (and an accompanying sleep demon) is a reality for an estimated 8% of the population. Some studies show the spooky experience may be even more common, with 30% of people experiencing at least one incident in their lifetime.

Most descriptions of sleep paralysis demons have two things in common: being unable to move or speak, as well as the sense of being held down by a malevolent, often supernatural, intruder. Many people also describe a feeling of their chest being crushed.

The so-called demon, witch, evil spirit, or creature isn’t new. These beings have been referenced for hundreds of years and have countless names. More than 100 cultures have their own descriptions, many of which align with regional folklore, for the unsettling experience of sleep paralysis.

In Newfoundland, for example, the assailant is said to be an old hag “who can put it on you like a charm.” In this part of the world, sleep paralysis is called Old Hag. In some parts of the U.S., people describe a witch straddling their chest. In Egypt, the spiritual creature is known as a Jinn. In China, some people refer to sleep paralysis as “compression by a ghost.”

Often sleep paralysis is mentioned as a way of explaining the unexplained, such as paranormal activity or even alien abductions. Sleep paralysis demons also appear in art, including "The Nightmare," an 18th-century painting by Swiss artist Henry Fuseli, and works by Francis Bacon and Francisco Goya, as well as countless novels, movies, and television shows, such as “American Horror Story.”

What is sleep paralysis?

You can rest assure an ill-intentioned beast isn’t trying to crush your very existence or harm you. But the moment can feel understandably petrifying and real — even after the paralysis and demonic hallucination have passed.

In simple terms, sleep paralysis is a medical condition where you’re stuck in a state somewhere between sleep and wakefulness. In this state, you will have some awareness of your surroundings, though you’re still experiencing the paralysis of REM sleep and are therefore unable to move. Often sleep paralysis is coupled with hallucinations because of the transition from dream to reality. Sometimes the brain experiences a glitch when flipping the switch on how it processes information during this transition. Disorienting and even terrifying hallucinations can occur even if you weren’t previously having a nightmare.

It’s important to know that we go through several sleep cycles — usually four to six — per night, with each cycle broken into four phases. The first three phases of sleep are non-REM, while the final is REM. So you might experience sleep paralysis in the morning or in the middle of the night. Episodes that occur in the middle of the night are often attributed to sleep disruptions that awaken you from REM and prevent you from moving into your next sleep cycle.

Much of the powerlessness of sleep paralysis comes from the paralysis itself — the inability to move our muscles in the moment to react to the situation.

During REM sleep, which is the last phase of each sleep cycle, we tend to dream. Our brain essentially paralyzes our muscles during this phase so that we don’t act out our dreams. The paralysis is due to suppressed muscle tone and because neurotransmitters inhibit the neurons in the spinal cord.

Eventually, we transition from REM sleep to being awake and aware. Sleep paralysis occurs when you gain some awareness but are still motionless due to the paralyzing effects of the REM phase. Think of it like standing in a doorway. You’re not fully out of the room you’re leaving (REM sleep) and not yet fully into the next (being awake).

Alongside the inability to move or speak, symptoms of sleep paralysis can also include the sense of an intruder being present and an intense fear. However, this intruder is only a hallucination.

A sleep paralysis demon, witch, ghost, beast, or other ominous creature is a hypnopompic hallucination, sometimes specifically called the incubus phenomenon. The demons often take the shape of childhood fairytale villains. However, more research is needed to understand exactly what is happening in the brain during these demonic hallucinations.

Researchers theorize that people see a humanoid figure over them because of a momentary lapse in how the brain processes bodily perception. When we’re awake, the parietal lobe sends us information about our body parts and their positions and movement. This info helps us understand where we are in relation to objects, so we don’t constantly ram into the coffee table, for example. During sleep paralysis hallucinations, that valuable info and other sensory input gets muddled and we see a highly distorted projection of our brain’s stored body image. It’s like we’re looking into a mirror, but seeing a monster.

Fear gets amplified in this state. The intense terror likely occurs because of the amygdala, the part of the brain that processes emotions, including fear. The amygdala is highly activated during REM sleep. That’s why dreams can be so intense. Throughout the waking day, if you encounter a potential threat, you can quickly assess whether the threat is legitimate and react accordingly. But during REM sleep, your brain lacks the information to correctly assess whether a threat is real. So, during a “visit” from a sleep paralysis demon, nothing is reassuring you that it’s only a dream.

Anyone can experience sleep paralysis. But a systematic review that looked at 42 studies on the topic found common themes among people who have reported episodes of the phenomenon. You may be more prone to sleep paralysis when one or more of these factors are present:

There is no current direct treatment for sleep paralysis or a specific way to banish the hallucinated demon. Instead, treatments often focus on potential underlying causes. Here are a few considerations.

If you are experiencing frequent disruptions in your slumber, try addressing Junk Sleep. This may help you get through more sleep cycles without interruption and prevent you from awakening mid-REM sleep.

If you’re struggling with anxiety or stress or recovering from trauma, seek help from a mental health professional who can help you address those concerns. Research indicates cognitive behavioral therapy (CBT) may be of benefit.

Some research suggests that episodes of sleep paralysis may lead to more intense episodes because fear may create a feedback loop that fuels the phenomenon. Baland Jalal, Ph.D., a neuroscientist who is a Harvard University researcher and visiting Cambridge University researcher who studies sleep paralysis, suggests a four-step approach for tamping down that fear just after an episode. You can also practice the process even when sleep paralysis has not occurred so that it’s a skill you have at the ready.

If you continue to experience sleep paralysis episodes, talk to your health care provider. They may be able to help you find a solution.

Although they feel real, sleep monsters are just a cruel trick of the brain. Sleep paralysis demons are understandably scary. But you’re not being haunted or attacked. And you’re not losing your grip on reality, either. The key to making this experience less scary is to take a deep breath, meditate and remember it’s a glitch in your sleep cycle.