Everything You Need to Know About the Four Stages of Sleep

While you rest, your brain gets busy. Here’s what it’s doing during each stage of sleep. 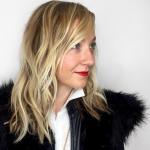 With the exception of the inevitable tossing and turning in the middle of the night, it may seem like our bodies and minds completely “turn off” from the time we settle into slumber until we open our eyes in the morning. But as scientists discovered in 1929 with the advent of the electroencephalogram (EEG)—a device that detects electrical activity in the brain—sleep is a time when our brains are highly active.

Further research using EEGs and other types of monitors eventually also showed that sleep could be categorized into distinct stages, based on varying electrical patterns and types of eye movements. Today in 2020 scientists have much a deeper understanding of the fascinating feats our brains complete during each night of sleep.

Our Brains and Bodies Are Repairing and Restoring During Sleep

Perhaps now more than ever, we recognize and value the importance of sleep. It’s not a luxury, after all, but rather an activity as critical to our overall health as proper nutrition and regular exercise. During this restorative nightly process, our body releases hormones that promote natural growth, boost muscle development, and help repair cells and tissues.

A good night’s sleep also strengthens our immune system, allows our mind to process experiences from the past day and prep for the day ahead, removes waste products from the brain, and keeps our mood and emotional well-being in check. That’s quite a bit that gets accomplished during the roughly eight-hour stretch when we’re virtually unconscious and our mind and body are essentially on autopilot.

Until recently, scientists divided sleep into five stages: four NREM stages, plus one stage of REM. Ultimately, two very similar NREM stages were combined into one, and today, most experts categorize sleep into four categories: N1, N2, N3 and REM. Within each stage of each sleep cycle, a unique type of sleep occurs.

How Sleep Is Structured

During a typical night’s sleep, the adult brain moves through four 90-minute cycles of sleep. Each of these cycles includes three stages of NREM sleep, plus one stage of REM sleep. We require between seven and eight hours to complete all four cycles.

Each stage of sleep helps fulfill an important physiological and psychological function. During the NREM stages, our eyes and muscles are fairly still, and our brain waves, heart rate, breathing, and blood pressure slow down.

In contrast, during REM sleep, our eyes move quickly, while our muscles are virtually paralyzed. The brain becomes nearly as active as it is during our waking hours, which explains why this stage is when we have our most vivid dreams.

Though the sleep stages outlined above tend to proceed in order, as cycles repeat throughout the night, they may vary in terms of length. For example, during the initial two sleep cycles, we spend more time in NREM sleep. But later in the night, the length of REM sleep tends to increase.

Understanding the Four Stages of Sleep

Important and distinct characteristics define each stage of sleep within this overarching sleep architecture.

Maintaining optimal physical, mental, and emotional health requires us to prioritize restoration. If we don’t spend sufficient time in each of the four stages of sleep, we run the risk of a host of health issues. If you’re having trouble getting to sleep, it may make sense to take some time to brush up on the basics of good sleep hygiene.

And the next time someone asks you how you slept last night, you might want to say something other than, “I slept fine.” After all, assuming you cycled through stages N1, N2, N3, and REM a few times, the physiological and psychological tasks your body and brain accomplished during the night were quite impressive feats. “Fine” doesn’t even begin to scratch the surface of describing it all.

Instead, feel free to say—or at least think to yourself, “Well, I consolidated memories, boosted my immune system, supplied my muscles with nutrients, and had one heck of a vivid dream. How about you?”