What Are Hypnic Jerks and What Do They Mean?

Have you ever managed to finally drift off to sleep only to be startled awake by a free-falling sensation? Learn about those sleep starts and what causes the common phenomenon. 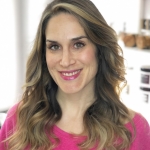 You’re just on the brink of falling into a peaceful slumber when you fall off a cliff instead. Or at least, you feel like you’re falling off a cliff — or a sidewalk curb, or a roof, or some other very unwelcome mental location that is definitely not the bed or couch where you cozily drifted off. If you’re familiar with that startling sensation or you’ve experienced any form of involuntary muscle twitching, jerking, or contraction, then congratulations: You’re already intimately familiar with a phenomenon known as hypnic jerks.

Sometimes known as sleep starts, these unsettling sensations occur when we’re just trying to get some sleep. If you’ve experienced one, or been next to someone who has, it can be alarming or even embarrassing. But are these jerks normal or cause for concern?

Why do I twitch as I’m falling asleep?

Even if you’ve never experienced the scenario described above, you undoubtedly have some experience with myoclonus, which is the quick, sudden, involuntary jerk or twitch of a single muscle or group of muscles. Hiccups are a common form of myoclonus, as are sneezes. But if you’re like the majority of sleepers, you also know myoclonus in the form of hypnic jerks, also called hypnagogic jerks.

“A hypnic jerk — sometimes called a sleep start — is a brief, involuntary muscle jerk that typically happens as someone is falling asleep,” explains Dr. Chris Winter, neurologist, sleep specialist, and author of “The Rested Child” and “The Sleep Solution.” “It can often be associated with a mental image or dream-like image,” which explains the cliff sensation.

So where did the name come from? Hypnic refers to “hypnagogia,” a word used to describe that transitional state between wake and sleep. According to Dr. Charlene Gamaldo, professor of neurology at Johns Hopkins School of Medicine and medical director of the JH Center for Sleep and Wellness, hypnic jerks can affect a single muscle or cause a symphony of twitches or spasms in succession. “It typically involves a single contraction of a limb or synchronized contraction of multiple limbs during the sleep transition,” she says.

Hypnic jerks are generally considered a normal part of the sleep cycle for most people (they are sometimes referred to as myoclonic seizures but they are not the kind of seizures that characterize serious health conditions like epilepsy). That said, they can still be startling — and even a little annoying. “Most times, they are unnoticeable and mild, but other times, they can wake us out of sleep,” says Dr. Funke Afolabi-Brown, sleep medicine physician and founder of Restful Sleep MD. “Hypnic jerks usually occur at sleep onset. As we cycle through sleep stages and have an arousal at night, hypnic jerks can also occur then.”

What are sleep jerks, and why do they happen?

Like so many biological phenomena, hypnic jerks aren’t totally understood, although experts do have some theories about their origins. “The exact physiologic reason as to why it happens is not clear,” Gamaldo says. “But it’s believed to be our muscle axis initiating a synchronized signal or burst in transitioning to a sleep state that typically involves minimal movement. It is common and considered quite normal.”

Dr. Sonja Schuetz, a neurologist at the University of Michigan Health Sleep Disorders Centers, says that while some researchers have examined the root causes of hypnic jerks, there’s no single definitive reason for their existence uncovered so far. “The underlying brain mechanisms are still uncertain,” she says. “Some experts believe that it is the result of transiently increased activity in the brain’s motor pathways during sleep-wake transitions, whereas others think that the muscle jerk is a startle response to a preceding sensory phenomenon.”

Afolabi-Brown says that some research has linked the source of the hypnic jerk reflex to the same part of the brain responsible for our startle response. “Brain-wise, the cause of hypnic jerks is not completely understood but felt to be related to signals sent from our brain stem, down to a relatively unstable nervous system during the wake to sleep transition,” she says.

As for the evolutionary origins of hypnic jerks, the jury is still out on that as well. However, scientists have some theories there.

“Some postulations for hypnic jerks are that primate ancestors slept in trees, and when they fell out, their bodies tensed up for the impact of hitting the ground,” Afolabi-Brown says. “The brain misinterprets our sensation of relaxing and falling asleep as falling out of a tree, hence tensing up and bracing for impact.”

Schuetz adds that this theory may shed some light on the modern existence of hypnic jerks, but there’s no solid evidence yet to prove it. “It has been proposed that hypnic jerks might be an old reflex that helped our primate ancestors to adjust their sleeping position so that a fall from a branch or nest would not occur, but this remains speculative,” she says.

If you’re still not sure whether you’ve experienced a true hypnic jerk, you may be wondering what the sensation is really all about. Winter says that in many cases, you might not even be aware you’re falling asleep when they happen. “You might be watching a show and it happens — often a partner will tell you that you were sleeping prior to it happening even if you feel you were not,” he says. “Suddenly, there is a dramatic jerk you feel, and awakening. Sometimes there’s an image that you’re falling, or missing a step, being tossed a ball they needed to catch, etc., and that corresponds with the phenomenon. For some, there is an actual sense of falling.”

But why would our brains translate the act of nodding off into such a disorienting sensory experience? “In some cases, as our bodies relax, our brains misinterpret this as falling and our muscles twitch in response to this sensation,” Afolabi-Brown says. “Hypnic jerks can be spontaneous or due to a secondary stimulus — some of which can include either a sensation of falling, tingling, or a response to auditory or visual hallucinations.”

So, if you’ve ever jolted awake and sworn you saw stars, heard shots, or simultaneously perceived any other totally false stimulus, you’re in good company. “For many, the jerk is accompanied by the sensory component of ‘falling,’ i.e., falling asleep or auditory bangs, clicks, etc., or even visual flashing lights,” Gamaldo says. “Because it occurs when transitioning to the lightest phase of sleep, some may wake up due to the experience.”

How common are hypnic jerks, and how often do they occur in each person?

As the experts have mentioned, hypnic jerks are generally not a cause for concern — in fact, the vast majority of sleepers experience them regularly. “Hypnic jerks are quite common, and some studies have shown up to 70% [of people experience them],” Afolabi-Brown says. “They occur in all sexes and affect all ages. Hypnic jerks can occur a few times at night either episodically or in clusters; these are benign. In most cases, they are a normal part of sleep initiation.”

According to Schuetz, most people experience hypnic jerks occasionally, but some are much more well acquainted with them. “In most people, hypnic jerks occur sporadically, but a subset of people — about 10% — may have hypnic jerks every day,” she says. “Hypnic jerks are almost always normal or benign; that is, they are not a sign of an underlying disease process. However, hypnic jerks can occur so frequently that they disrupt sleep in some individuals, and on rare occasions, they may be associated with an underlying neurological disorder.”

Do certain things cause hypnic jerks to occur more frequently?

Most people will have hypnic jerks at some point no matter how ideal their sleep hygiene is, but experts agree that there are certain factors that can exacerbate the frequency or severity of these nighttime muscle twitches.

“Stress can worsen hypnic jerks,” Schuetz says. “There are also several other factors that can increase the frequency of hypnic jerks — for example, increased caffeine intake, intense physical exercise, or sleep deprivation.”

Winter says that a few simple tweaks can help reduce the frequency of hypnic jerks and contribute to a healthier lifestyle overall. “Get more sleep, make your sleep schedule more regular, avoid caffeine, and work on lowering stress,” he says. “Sometimes medications can be prescribed, but this is pretty rare. I think when they are increasing in frequency or intensity or are interfering with sleep quality, a professional should be involved.”

When are hypnic jerks a possible cause for concern?

While hypnic jerks are almost always a totally harmless, normal part of sleep, there are rare instances when they can signal something serious.

“If a person does have the less common presentation of frequent back-to-back contractions, then it may cause sleep initiation issues and insomnia; however, it should be discussed with a medical provider to ensure that the contractions do not represent another condition,” Gamaldo says. “If a person has a less common presentation of frequent and serial hypnic jerks occurring back-to-back instead of a solitary contraction, this is more likely to cause insomnia of significance or could be another condition, such as seizures, that should at least be evaluated by a health care provider.”

But even if there is no underlying disease or serious condition at the root of the issue, chronic hypnic jerks can have a serious impact on sleep, which can lead to myriad complications. “If they occur frequently and for most nights, they can lead to fears and anxiety around bedtime and cause sleep onset insomnia,” Brown says. “If you have events that are occurring so frequently that it contributes to insomnia, you should seek professional help.”

Schuetz adds that a few red flags to look out for include hypnic jerks that occur so frequently that they disrupt sleep or cause insomnia or what she calls “atypical” hypnic jerks. “For example, involuntary movements that last longer than a brief second, occur in deeper sleep stages or upon awakening rather than at the onset of sleep, or muscle jerks that are rhythmic, or that can be triggered by sound or touch,” she says.

If you’re not sure whether your hypnic jerks are cause for concern, you may want to either ask a partner to check in on you during the night or do a self-evaluation of any out-of-the-ordinary issues when you’re awake. “If you have jerking movements throughout sleep that is reported by your partner, or discomfort in your lower limbs in the evenings, it may be a symptom of periodic limb movement disorder or restless legs syndrome, respectively,” Brown says. “For periodic limb movement disorder, you may need to get a sleep study to confirm this. And if you have jerking movements or contractions in your body during the day when you are not sleeping, it should be evaluated.”