Catching Up on Sleep Deprivation Over the Weekend Is a Myth

Sleep debt is a real problem, and it can mount exponentially over time, with your exhaustion peaking by the third day. Read on to discover the true formula for sleep recovery. 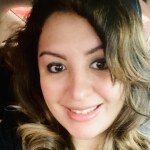 It’s natural to want to settle your debts.

Experts call this sleep debt, or sleep deficit — the amount of sleep you should be getting versus the amount you end up with.

According to a 2016 study published in Scientific Reports, sleep debt causes symptoms of sleepiness in excess and a decline in performance, from psychological and physical functions, such as memory, learning, metabolism, and immunity.

And like everything we know about debt, it’s not a 1:1 pay-off. Planning to log longer sleep hours in the future doesn’t work, even in theory, because your body requires more than just the hours your missed to compensate. So not only will you not recover in a weekend, your sleep debt will continue to accrue over the next week.

That’s why one night of sleep loss should be your cue to carve out a night of ample sleep ASAP.

New research shows that losing sleep over one night can significantly hinder our body’s daily functions. But researchers found that the most severe impact on your physical and mental health happens after three consecutive nights of inferior sleep. Once you’re into multiple nights of loss sleep, your body could very well adapt to fatigue as your new normal.

Where did the idea of "recover on the weekend" come from?

It’s unclear where the notion of sleep recovery on the weekends originates. But according to neurologist and Sleep.com advisor Dr. Chris Winter, the phenomenon of “sleep banking,” involving the practice of following a different sleep schedule on weekends to make up for or prep for weekdays — popularized the idea.

But given that more than one-third of American adults sleep less than six hours per night, it’s a problematic way to address sleep loss. Weekend recovery sleep also doesn’t work. Winter notes that even small amounts of restricted sleep (e.g. getting 4-5 hours) can radically impair our concentration and lessen our physical and cognitive performance.

Given the cumulative effect of sleep deprivation, this belief that we can cram additional sleep into a couple nights keeps us in a vicious cycle of sleep debt.

How damaging is sleep debt?

“Our bodies are very sensitive to a single night's sleep deprivation” confirms Carla Picolli, a licensed psychologist and certified sleep coach for adults and children.

She explains that sleep loss during the week and sleeping in on the weekends, affects our health and body clock, in the same way as traveling across time zones. “The worst is that it doesn't happen just once a year — like on vacation — but every weekend.”

While pulling the occasional all-nighter may seem harmless, Picolli notes that a few late nights in a row (like being awake for 20 hours straight) affects our attention in the same way as if we were legally intoxicated — that is, our body and brain begin to deteriorate. “[We] lose the ability to make accurate judgments and the ability to focus attention selectively,” Picolli adds.

Chronic sleep debt also increases your risk for health conditions that further your sleep debt, such as:

How long will it take to catch up on sleep?

“Honestly, it's almost impossible to catch up on lost sleep,” Picolli says, explaining that losing even one hour of sleep means we’ll need four additional days to make up for it.

But the real problem, she adds, is that people don't just get one negative hour of sleep, it's months or years of bad habits — our sleep debt accumulating over time. If say, you sleep poorly for a week (from Monday to Friday, for example), it’s unlikely that you’ll have an extra 20 hours to doze off and make up for that lost sleep, says Picolli.

The myth is dangerous, Winter warns, because it can be a default. “It's not Plan B (a way to deal with a night or two that goes sideways) but rather it's Plan A — standard operating procedure,” he explains.

Carrying out good sleep hygiene is essential, and this doesn’t just involve what we do an hour before bedtime, but all the actions we take throughout the day.

“We have to look at the importance and quality of sleep as a puzzle,” Picolli explains. “The ‘fault’ is never a single piece and to achieve an ideal result, it’s important to take care and organize all the pieces.”

Of course, it’s not always practical to avoid an all-nighter or extra-early morning altogether. And in these cases, Winter notes that sleeping in on the weekend or a day off can be a way to make up for a difficult night — but he recommends doing so as close to the bad night as possible and ideally within a week.

“It needs to be a last resort,” he urges, and not something that becomes a habit.

To avoid increasing sleep debt throughout the week, try:

What can you do now to reduce sleep debt?

The first step is to practice good sleep hygiene, so the falling asleep in bed becomes easier. After all, we want to get the benefits of sleep, so we wake up feeling alert and energized for the day. We can’t do that if we’re sleep-deprived and only falling asleep out of exhaustion or sleep deficit.

Ultimately, sleep debt requires prevention rather than treatment. Taking time to rethink sleep as a daily need, and not as something to catch up on during the weekend may help. You may even want to start logging a sleep diary to help become more aware of sleep, and how often deprivation is a problem.

As Picolli points out, “While we can’t change the past, we definitely have the power to change the future. Each day is a new beginning and today we can make the decision to take better care of our night’s sleep.”