Apple Watch Is Adding Sleep Tracking But Doing It Differently. Here’s How

After five years, Apple is unveiling native sleep tracking for the Apple Watch. What are they doing differently? 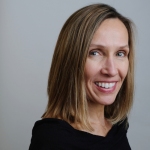 In a watch that can do seemingly everything, there’s been one glaring void in what the Apple Watch offers: sleep tracking. That will all change with the watchOS 7 software update, releasing this fall.

According to Carl Valle, lead writer at sports technology platform SimpliFaster, a few factors played into Apple’s decision to join competitors like Fitbit, Oura, and WHOOP in providing a sleep tracker. One of the biggest, he says, is Apple’s overarching approach of refining features and processes, rather than creating them. “Apple observes and learns from others, then improves on it,” he says.

Another part of the equation, says Valle, is the fact that fitness trackers—which have long operated as bracelets—are migrating to watches with screens. “So now there’s competition for screen real estate on the wrist,” he explains. “Apple had no choice but to add a robust sleep tracker.”

As with many things Apple does, the sleep tracking feature will look different than that of its competitors. Sleep experts say that’s a good thing.

During the company’s June keynote, Apple introduced their sleep tracker as a pared down, holistic approach to improving sleep. But they’ve yet to unveil exactly how the watch will capture your sleep data, saying only that it will use the watch’s built-in accelerometer "to notice the subtle movements associated with breathing and differentiate between sleeping and waking states.”

Heart rate variability, which other trackers use to define quality of sleep, isn’t a reliable yardstick, Valle explains, so it’s doubtful Apple will turn to that tool.

And although many competitors deliver a robust amount of data to consumers—like time spent in REM stages, blood oxygen measurement, and “bad night’s sleep” alerts— Apple’s sleep tracking feature will focus on two simple things: your bedtime routine and duration of sleep. Based on their studies, the Apple Watch team felt that would be most useful.

“You can't really coach yourself to have more or less REM stages,” Apple’s VP of Technology, Kevin Lynch, told CNET. “We felt like that wasn't the best way Apple could add value here on sleep. We focused on the transition to the bed, which we think is way more actionable, and will result in people getting a better night's sleep, which then has secondary effects of perhaps your REM stages sorting themselves."

W. Chris Winter, president of Charlottesville Neurology and Sleep Medicine and author of “The Sleep Solution: Why Your Sleep is Broken and How to Fix it,” agrees. “Many sleep trackers provide an overload of data that really isn’t useful and can sometimes be anxiety-provoking,” says Dr. Winter. “What do you do with all that information?”

Frankly, says Winter, the information Apple’s sleep tracker provides is enough. “If you need more detail than that, you’ve moved beyond the need for a sleep tracker, and into the realm of a medical professional,” he says.

Valle is equally impressed. “The overall strategy for sleep improvement shouldn’t be the device, but rather the advice,” he says. “Apple is supporting sleep rather than hacking sleep.”

Apple’s sleep research has shown that duration—or getting enough sleep—is the main thing people need help with, Lynch told CNET. And maintaining a consistent sleep schedule is an important part of making that happen.

As a result, the watchOS 7 update will allow you to set a sleep duration goal, as well as a set bedtime and wake time. To help users create a healthy bedtime routine, which helps the body prepare for sleep, Apple has also included a feature called Wind Down.

When Wind Down in enabled, it will turn on your phone’s Do Not Disturb mode (which blocks texts and notifications from alerting you) and change your lock screen to a darker, less stimulating visual shortly before your bedtime. From this screen you can access personalized shortcuts to other apps that can help you prepare for bed, like your favorite meditation app or music player.

At your predetermined bedtime, your iPhone screen will dim and your Apple watch will enter Sleep Mode, meaning the screen will go black, showing only the simple, dark clock face below if tapped.

“The idea of behavior modification before bed is a great idea,” says Dr. Winter. “It's good to have a behavioral plan prior to bed to let your brain know that sleep is coming. Creating a series of steps of dimming lights, dropping the temperature, taking a hot shower, or settling in with a good relaxing book—this is such a nice great way to set the stage for optimal sleep.”

With the Apple Watch, you can also control how you wake up; the device offers a variety of gentle alarm sounds, as well as a silent, haptic (i.e. vibrating) alarm. In the morning, you’ll be able to view how long you slept the previous night as well as in recent weeks right on your watch.

To help you evaluate your sleep trends over time, Apple has also updated the sleep section in the iPhone’s Health app (as part of the upcoming iOS 14 software update) with expanded weekly and monthly views of your average time in bed and average time asleep.

One thing Apple Watch sleep tracking isn't planning to include? Discouraging stats documenting when your sleep duration did not meet your goal. Instead, Apple’s sleep tracker will only alert users to positive results. How they’ll do this is still unknown, says Valle, but it’s possible the feature will follow in the footsteps of the watch’s health and activity tracking, which shows users a “closed ring" when they achieve their goal.

“There could be anxiety that people have about going to sleep, and that anxiety itself can actually cause more problems in terms of going to sleep,” Lynch told CNET. "Many people are already well aware that they haven't been getting enough sleep, and so we're not adding to that, but we are positively acknowledging when you have achieved your goals."

For all the positive aspects of Apple’s new sleep tracking feature, there is one potential drawback, say both Winter and Valle: battery life. “The most common issue with the Apple Watch is that most users are now in the habit of charging it at night, and after five years, that’s become routine.” says Valle. “It might prevent them from using the sleep tracker.”

Apple is aware of this potential pitfall and the company built in a feature where, if the battery is too low within an hour of bedtime, the watch will remind users to charge it ahead of sleep. The watch will also show users their battery life upon waking up to remind them to recharge.

While Apple Watch may be late arriving at the sleep tracking party, Valle says it was worth the wait. “Measurement is the first step, not the last,” he says. “Apple is doing something special here.”

Amanda Loudin is an experienced freelance writer with a focus on health and wellness. Her work appears in the Washington Post, Outside magazine, NBC, and many other publications.
Read Next:
What’s a Sleep Paralysis Demon?
Find out what’s really going on when you have a "visit" from a nefarious nighttime creature.
Learn more
Can Sleep Headphones Help You Get Great Sleep?
If noise or racing thoughts are contributing to your sleepless nights, these comfortable options could help you drift off.
Learn more
Why You May Not Want to Use Melatonin Every Night
With new studies unsure of possible side effects from long-term melatonin usage, researchers are telling people not to use the supplement for chronic insomnia.
Learn more
The Week in Sleep News: May 13, 2022
This week, scientists studied emotional memories, the impact of sleep on cognition, and a possible explanation for SIDS.
Learn more
How Your Periods May Be Impacting Your Sleep
Your menstrual cycle may be messing with your sleep schedule. Learn everything you need to know about period insomnia and how to combat it.
Learn more
Recommended for You
Can Sleep Headphones Help You Get Great Sleep?
Learn more
The Best Products to Help You Sleep When You’re Pregnant
Learn more
How Tracking Their Sleep Helped Our Sleep Team Get Serious About Better Rest
Learn more
40 Percent of Adults Still Sleep with a Stuffed Animal. Here’s Why
Learn more
6 TED Talks That Will Change the Way You Think About Sleep
Learn more
The Best Holiday Movies, Books, Podcasts, and Playlists
Learn more
Trending Now
Wake Windows are the Key to Unlocking Baby’s Sleep Schedule
Learn more
27 Top Sleep Questions, Answered by the Experts
Learn more
How Does Heat Impact Sleep?
Learn more
What Is Box Breathing and How Does It Help You Get to Sleep?
Learn more
What is Junk Sleep? And How to Fix It
Learn more
What’s a Sleep Paralysis Demon?
Learn more