A favorite of both Navy SEALS and yogis, box breathing may be just the technique that will help you sleep. 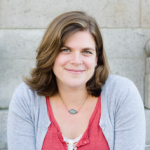 Deep breathing is a powerful and underappreciated way to calm the nervous system, manage stress and anxiety, and—most important to many of us—fall (and stay) asleep.

“I first learned to control my breathing while practicing martial arts during my SEAL training, and the techniques I was taught proved invaluable later during the chaos of combat,” Mark Devine, founder of SEALFIT and Unbeatable Mind, writes in Time.

Devine’s favorite breathing method is similar to one that’s long been a favorite of yogis as well. It’s called box breathing. Effective and easy to use, the box breathing technique consists of just four simple steps. Best of all, you don’t have to work in a war zone or yoga studio to reap its benefits. Below, we’ll explain how to do box breathing and point out why it belongs in your sleepy time routine.

What Is Box Breathing?

Box breathing is a formal breathing practice that controls and regulates the flow of air into and out of the lungs.

In the tradition of yoga, box breathing is called sama vritti pranayama, which can be translated from Sanskrit as “even, regulated breathing practice.” Prana is one’s life force, and it is seen to ride on the breath. Pranayama is the act of breathing intentionally and in specific ways to increase the prana flowing through the body to promote wellness and vigor.

How to Do Box Breathing in 4 Easy Steps

Box breathing has four simple steps that are each done for a count of four, which should make it easy to remember. It consists of an out-breath, an in-breath, and two pauses in between. Here's how you do it:

This visualization provides a short, simple instruction on the technique. If you need help learning, there’s an app for that.

Devine recommends repeating the cycle for at least five minutes straight to get the most calming effects. He advises doing one daily session of 10-20 minutes plus a few 1-2-minute sessions throughout the day.

“I practice it in the morning, before a workout, while standing in line, while I’m stuck in traffic and whenever else I can,” says Devine. “It helps me slow down my breathing rate and deepen my concentration. When I perform box breathing, even just for five minutes, I am left with a deeply calm body and an alert, focused state of mind.”

How Does Box Breathing Encourage Sleep?

The sympathetic and parasympathetic nervous systems are both part of the autonomic nervous system, which unconsciously regulates our bodily functions, such as heart rate, respiration, digestion, and other processes we usually take for granted.

The Mayo Clinic reports that deep breathing practices can affect the autonomic nervous system. This happens when slowed-down breathing and breath-holding boost the amount of carbon dioxide in the bloodstream, which causes the heart rate to slow to avoid pumping too much non-oxygenated blood around the body. Exhaling arouses the parasympathetic system, producing a calming effect in both the mind and the body.

A 2015 study by researchers at National Yang-Ming University in Taiwan showed that doing 20 minutes of slow breathing exercises prior to bedtime significantly improves sleep quality. The study participants who tended to struggle with insomnia were able to fall asleep three times faster than usual, wake up less frequently in the night, and return to sleep more quickly upon waking in the night.

“Breathing is like solar energy for powering relaxation: it’s a way to regulate emotions that is free, always accessible, inexhaustible and easy to use,” writes French psychiatrist Christophe André, a pioneer of the therapeutic use of meditation, in Scientific American. “In fact, I am mystified that controlled breathing is not recommended and practiced more widely.”