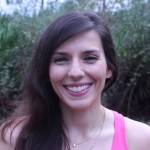 Anxiety is one of the most common — and frustrating — reasons we struggle with getting to sleep. On some nights, it can be difficult to unwind, especially if you’ve been working well into the evening, worrying about the state of the world, or feeling overwhelmed by too many responsibilities. As a result, you might spend the night staring at the ceiling, doomscrolling, pacing the room, or all three.

We could all use some relaxing music, right? Listening to science-backed sleepy songs can reduce your heart rate, blood pressure, and cortisol levels.

And there is one song, in particular, that has been found to work best.

This Is the #1 Relaxation Song

Researchers at Mindlab International found that participants who listened to the 8-minute song “Weightless,” reduced their anxiety by 65% and their resting heart rates by 35%. (Though — if you should find yourself wanting longer sleep music — they created one-hour and ten-hour extended versions!)

Many people who listened to the calming song also became drowsy, which prompted Mindlab researcher and neuropsychologist David Lewis-Hodgson to categorize “Weightless” as a sleep song and caution against listening to it while driving.

During the experiment, 20 female participants 18-to-61 years old heard different relaxing music while connected to sensors monitoring their physiological states. After each track, they rated the song based on how relaxing it was. At the end, they received a massage and then listened to “Weightless.”

In addition to asking participants to rate the songs and the massage on their soothing effects, researchers calculated an overall relaxation music score for each participant by combining three measures: heart rate, breathing rate, and skin conductance.

Not only did the participants subjectively rate “Weightless” as the number one piece of relaxing music — additionally, according to the data, “Weightless” had a relaxation score of 73% — outperforming the other music as well as even the massage.

The Proven Power of Sleep Music

To create the ultimate calming ambient tune, British musical trio Marconi Union collaborated with Lyz Cooper, a sound therapist and founder of The British Academy of Sound Therapy. According to Cooper, chimes and sounds used in “Weightless” enable listeners “to get out of the way and really relax at a deep level.”

Scientific measurements have demonstrated that music has a powerful effect on our bodies. For example, Lewis-Hodgson noted that brain-imaging studies have shown that music stimulates both the regions responsible for processing sounds and those associated with emotions. Moreover, he said, some musical pieces “stimulate the production of the ‘feel-good’ chemical dopamine.”

To compile a collection of calming songs, Mindlab researchers started with online rating polls and music critics’ blogs. They further whittled down the list by asking others to rate how the songs worked as relaxation music. During the study, these songs had relaxation scores above 60, making them potentially effective additions to your sleep music playlist:

"We Can Fly," by Rue du Soleil

"Pure Shores," by All Saints

"Pure Shores," by All Saints

READ NEXT: 7 Essentials of a Great Bedtime Routine

Recommended for You
26 Mother’s Day Gifts to Help Mom Rest, Relax, and Restore
Learn More
Sweet Dreams Are Made of These 31 Holiday Gifts
Learn More
Get Sleep Help on Clubhouse Live with Sleep Experts and Doctors
Learn More
From Sunrise Alarm Clocks to Aromatherapy — 5 New Ways to Wake Up
Learn More
Mother’s Day Music: 14 Happy Songs that Set the Perfect Mood
Learn More
Are Smart Bulbs the Secret to Better Sleep?
Learn More
Trending Now
18 Sleep-Deprived Cities in America
Learn More
How Do I Choose a Mattress?
Learn More
Bedroom Makeover: 20 Tricks to Transform Yours on a Budget
Learn More
20 Top Sleep Questions, Answered by the Experts
Learn More
How to Resist Revenge Bedtime Procrastination
Learn More
Can Sharing a Bed with Your Partner Improve Your Health and Relationship?
Learn More