For the month of March, the Walker Hotel is offering mid-day siestas, complete with a robe, eye mask, aromatherapy, and access to the weight room. 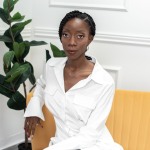 Slowly but surely, America seems to be coming around to the idea of siesta culture.

In 2019, Khaliah O. Guillory founded the Nap Bar, a “rest sanctuary” near downtown Houston that also creates pop-up sleep spaces in office buildings and corporate environments. Organizations like the Nap Ministry have gained notoriety — and lots of followers on social media — for reframing rest as a social justice issue and napping as a radical tool for community healing. And, of course, there’s Silicon Valley, which shook up the business landscape in the early- and mid-2000s by installing nap pods for employees to retreat to whenever their brains needed a reboot.

Now, a New York City hotel is inching us even closer toward siesta life by turning its suites into midday nap pods for work-weary professionals.

Hold on, America — rest is on the way.

At Tribeca’s Walker Hotel, people who can afford the fee, which ranges from $75-$199, will be able to slip out of the office, swaddle themselves in fine bedding, and catch a few Zzz’s before tackling the rest of their day. The program comes with a set of amenities that will allow people to re-create (or upgrade) their at-home bedtime routines on-the-go: a monogrammed robe, tea, an eye mask, aromatherapy products, and CBD pastilles. Subscribers will also get access to the hotel’s fitness facilities, in case anyone wakes up ready to hit the weight room.

Though the Walker introduced the service as a way to create unique experiences for guests and neighborhood locals, they were also looking to tap into the return-to-the-office surge. “Many people are missing their mid-day naps,” says Suzi DeAngelis, regional director of sales and marketing for Walker Hotels. “So we’re happy to accommodate.” It’s also a chance for introverts not used to nonstop interaction to have a way to escape and recharge.

But the need for such accommodations exists far beyond the context of changing work-from-home protocols. Americans are missing up to 74 billion hours of sleep per year, and it’s impacting everything from our health to our relationships and creative potential. While the efforts of a few companies and grassroots organizations to promote more rest are significant, truly addressing the combined epidemics of grind culture and Junk Sleep would require a complete social and cultural shift toward prioritizing our biological need for rest. And it could start with something as simple as carving out time and space for people to take naps.

“We need rest during the day as well as good sleep at night,” Jade Wu, Ph.D and Sleep.com Sleep Advisor, wrote in an essay about how midday naps can be used as a tool to combat burnout. She explains that being focused and alert at work triggers the sympathetic nervous system, which governs the “fight or flight” mechanism that determines how we respond to perceived dangers.

“Expecting the sympathetic nervous system to be engaged from 8 a.m. to 6 p.m. is just not realistic,” she says. “It’s also not particularly productive.”

Indeed, studies have shown that daytime naps would be a boon for company’s bottom lines, as they increase alertness, improve cognitive performance, facilitate creative problem solving, and increase productivity. But more importantly, daytime napping bestows several benefits to our individual — and therefore, communal — health and wellbeing. Naps can help strengthen our immune systems, relieve stress, and help us better regulate our emotions. Researchers have also recommended several different napping styles that people can adopt to suit their specific lifestyles and circumstances, like “coffee naps” or this one, which was inspired by the pros at NASA.

We may be a long way from overhauling the American cultural and business landscape to make time and space for napping, given our society's allegiance to the hustle But the science — and our bodies — say that it’s worth it.

Though the program at the Walker will only last through March, which is World Sleep Month, they can help engage people’s imaginations about what’s possible. And that alone can bring us closer to making our dreams of a well-rested society a reality.

Jada Smith is a Houston-based writer who covers culture, politics, and whatever else she finds interesting. He work has appeared in several print and digital publications.
Read Next:
What’s a Sleep Paralysis Demon?
Find out what’s really going on when you have a "visit" from a nefarious nighttime creature.
Learn more
Can Sleep Headphones Help You Get Great Sleep?
If noise or racing thoughts are contributing to your sleepless nights, these comfortable options could help you drift off.
Learn more
Why You May Not Want to Use Melatonin Every Night
With new studies unsure of possible side effects from long-term melatonin usage, researchers are telling people not to use the supplement for chronic insomnia.
Learn more
The Week in Sleep News: May 13, 2022
This week, scientists studied emotional memories, the impact of sleep on cognition, and a possible explanation for SIDS.
Learn more
How Your Periods May Be Impacting Your Sleep
Your menstrual cycle may be messing with your sleep schedule. Learn everything you need to know about period insomnia and how to combat it.
Learn more
Recommended for You
May I Recommend: Travel Fans for Sleeping
Learn more
How to Sleep Well When You’re Traveling Across Time Zones
Learn more
I’m a Travel Writer Who Stopped Traveling. So I Turned to Lucid Dreaming
Learn more
“I’ve Fallen in Love with Sleep” Says Terry Adams About His Recent BMX Success
Learn more
How Cyclists Get Sleep During a Near Non-Stop Race Across America
Learn more
6 of the Coolest Hotel Sleep Experiences in the World
Learn more
Trending Now
Wake Windows are the Key to Unlocking Baby’s Sleep Schedule
Learn more
27 Top Sleep Questions, Answered by the Experts
Learn more
How Does Heat Impact Sleep?
Learn more
What Is Box Breathing and How Does It Help You Get to Sleep?
Learn more
What is Junk Sleep? And How to Fix It
Learn more
What’s a Sleep Paralysis Demon?
Learn more