Moonstruck? There’s a Reason You Feel Tired Before a Full Moon

Lunar phases could be to blame for some of your sleepless nights. Here's how the full moon affects your sleep. 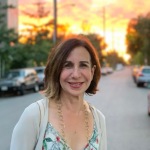 Many of the sleep disruptors we hear about today are modern inventions. Smartphones, iPads, laptops, TV screens and e-readers... we're kept awake by the glow of the blue-light. But there may be another type of light source that predates our tech-driven sleepless nights. We’re talking about the moon.

Light plays a huge role in our sleep-wake cycles. Daylight, specifically, sets our circadian rhythm, helping us maintain a consistent sleep schedule by knowing that it’s time to wake. So it makes sense to wonder: What about moonlight?

New Research Shows Sleep Is Shortest Before a Full Moon

While there have been earlier studies of the moon’s impact on sleep, most were inconclusive, finding no connection between lunar phases and sleep, or suggesting that sleep quality ebbed and flowed as the moon waxed and waned.

Those studies, however, were retrospective, meaning they analyzed data from sleep lab research that had been undertaken with another goal in mind, and they did not look at a full moon cycle.

The study examined the sleep patterns of 98 members of three Indigenous Toba-Qom communities in Argentina: One community had no electricity, another community had limited electricity, and the final group, in an urban setting, had full access to electricity. “We predicted that the brightest moonlight, which is the night of the full moon, would have the greatest impact on sleep,” de la Iglesia says.

Instead, the data revealed that all three groups showed similar sleep disruption in the days leading up to the full moon. Surprised, they expanded their study, pulling sleep data for 500 Seattle-area college students, and determined that the vast majority of sleep was most disrupted on the three to five days before a full moon.

In all three Toba-Qom communities and with the students in Seattle, there was a pattern. Not only did all participants in the study have later bedtimes and shorter durations of sleep about three to five days before the full moon, but on average, participants also took about 30 minutes longer to doze off, resulting in an average sleep loss of 46 to 58 minutes.

“Some Seattle students showed as much as a two-hour difference in the sleep they got pre-full moon and post-full moon,” de la Iglesia says. “And these are students living in a city with intense light pollution who weren’t paying any attention to the moon.”

How Moonlight Messes with Our Sleep

De la Iglesia had been studying the Toba-Qom people for years when he was struck by how the rhythms of their life followed the cycles of the moon. On nights of the full moon, they’d take advantage of the extra hours of light by going down to the river to fish or keeping a fire going longer to socialize.

“Older Toba-Qom men liked to tell us that moonlit nights were a time for higher sexual activity,” de la Iglesia says. In fact, studies have shown a link between lunar cycles and women’s menstrual cycles. In Toba-Qom mythology, the moon is also associated with sexual relationships.

Those stories led de la Iglesia and his colleagues to explore how the moon impacted sleep; their findings have led to new theories.

Theory #1: It’s a behavior from our nomadic days

“When we were hunters and gatherers and even in the early days of agriculture, a few days of extra light was extremely valuable,” de la Iglesia explains. “This was time to hunt and fish, plant and harvest. Through evolution, a biological mechanism may have emerged that regulated our sleep to sync with lunar cycles so that we could stay awake and take better advantage of these precious hours of moonlight.”

In other words, a vestigial holdover from eons ago might be the cause of those monthly bouts of insomnia. “Try as we can to control our environment, we’re still connected to both our ancestors and to the natural world,” de la Iglesia says.

As a waxing moon progresses toward a full moon, it is high in the sky during the first half of the night. Moonlight during these days is bright enough and occurs early enough to provide light while you’re awake.

But unlike artificial light, moonlight is less disruptive, even when it’s a full moon overhead. “While moonlight is bright enough to keep you awake, it’s not enough to wake you up,” de la Iglesia says.

Theory #3: Gravity affects how we respond to light

For people who live in big cities with plenty of artificial light, de la Iglesia has another theory: gravity. “What we believe,” he says, “is that as a full moon approaches, we experience a gravitational pull that makes us more sensitive to light stimulation.”

That gravitational tug might have once played a role as a kind of evolutionary caffeine.

How to Combat the Lure of Moonlight

There’s something poetic about this timeless link, and you can celebrate it without losing sleep. If you find yourself howling into your pillow a few nights every month, you might want to keep track of the lunar cycles through sites like timeanddate.com.

Then, on the nights close to a full moon when you might be extremely sensitive to light, de la Iglesia suggests being extra meticulous about sleep hygiene to avoid full moon insomnia. That includes limiting your exposure to blue light before bed, and investing in some black-out curtains to really make your bedroom dark.

[Note: If you buy something using a link on our site, we may earn a commission.]

Or you can take a page from the Toba-Qom communities and celebrate the coming full moon by gathering around a fire with some friends or enjoying some romance, as the tune goes, “by the light of the silvery moon.”

READ MORE:
Dark Sky Parks Are the Best Place to Go Stargazing
What You Should Know About the Four Stages of Sleep
The Unexpected Sleep-Stealer Wreaking Havoc on Rest