How Do Lullabies Benefit Babies’ Sleep and Brain Development?

There is science behind singing: Lullabies are a source of comfort, soothing, and connection not only for the child, but also for the parent. 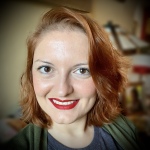 When soon-to-be parents picture what life will be like with their little ones, one of the things that often comes to mind is sweet moments of rocking and singing to your baby to help them fall asleep. But parents often take for granted that singing a lullaby will help calm their little ones at night.

How do lullabies actually work? And what are all the psychological effects on infants? Are lullabies the best sleep music for babies?

The history of lullaby songs

You may remember your own parents singing to you when you were a child, but where did lullabies come from? According to recent findings, the oldest lullaby on record is over 4,000 years old. It was etched into a clay tablet that could easily fit into the palm of your hand and dates back to 2,000 B.C. ancient Babylonia, in what is now modern-day Iraq.

These days, parents all across the globe sing to their little ones — about their hopes, their fears (some lullabies have dark or creepy language), and sometimes their dreams for the future, imparting some sort of lesson or advice about life. In New York City, Carnegie Hall’s The Lullaby Project helps families to create and sing personal lullabies for their babies with the help of professional musicians.

“Writing personal lullabies provides space for families to share their hopes and dreams for themselves and their children,” says Tiffany Ortiz, Director of Early Childhood Programs at Carnegie Hall. “Parents tap into their creative potential while passing down loving messages, stories, and parts of their cultural identities through music.”

Benefits of music for babies and sleep

Instinctively, many parents sing to their babies from birth or even sooner — and science shows that this has a positive effect on children. A 2017 study published in Women and Birth: Journal of the Australian College of Midwives found that mothers who sang lullabies while still pregnant experienced greater bonding after giving birth, as well as less perceived maternal stress. Additionally, the babies had lower incidents of crying in the first month, less infantile colic, and fewer nightly awakenings.

Dr. Ibrahim Baltagi, a music educator and lecturer at the Lebanese American University, created parenting class in partnership with UNICEF to explain to parents how music can benefit their child’s brain. Baltagi, who considers himself a passionate musician, first experienced this positive effect in his own life.

“I started singing lullabies for my eldest son, Hani, when I wanted to put him to sleep or when he used to wake up at night,” he says “It calmed and soothed him down.

This calming effect that Baltagi has seen in his own son has been documented in recent research. A 2020 study conducted by researchers at the Harvard Music Lab found that American babies relaxed when hearing unfamiliar lullabies in a foreign language, proving previous theories that babies respond positively to the universality of song even if it was unfamiliar. A 2015 study by the University of Montreal showed similar results, indicating that singing to your infant helps them with emotional self-control.

However, it seems that a song does not need to be classified as a “lullaby” in order to help soothe babies. “It’s important to sing to infants regardless of what you sing,” says Sandra E. Trehub, Professor Emeritus of Psychology at the University of Toronto.

“NICU music therapy promotes infant development and family bonding through supportive education and therapeutic music, which includes the singing of lullabies while actively responding to the baby’s cues and signals,” says Amy Andrews, a music therapist at Sharp HealthCare’s Arts for Healing program.

“A parent singing to their baby is a positive experience that not only nurtures the infant but also the parent. It builds attachment and increases bonding, thus decreasing the experience of stress related to caring for their baby.”

Creating a bond through music

That bond between parent and baby Andrews speaks of is yet another benefit of singing to your child. A 2017 study from the University of Miami found that mothers singing to their babies is universal across the globe and revealed that motherly instincts are on high alert when the babies were engaged during song — helping to solidify that parental bond.

Ortiz has seen this positive effect on the parental bond in her work as well. “Talking and singing is a source of comfort, soothing, and connection not only for the child but also for the parent,” she says. “This is particularly important if a parent is experiencing a high level of daily stress of post-natal depression.”

She also points to a 2015 study by the Royal College of Music London, which found that “singing leads to greater decreases in stress hormones and greater mother-infant bonding compared to other tested social interactions, leading to a decrease in symptoms of post-natal depression in mothers.”

How to incorporate lullabies into babies' bedtime routine

The idea of a bedtime routine tends to be a largely Western ideal, explains Trehub. “Specific bedtimes don’t exist in many countries where infants are carried almost continuously, usually in slings,” she says. “Since they’re rarely separated from their caregiver, they sleep off and on during the day, and they commonly sleep with their caregiver at night, too.”

But that’s not feasible in countries like the U.S., though it could explain why so many infants and young children are unhappy about bedtime — they just don’t want to be separated.

The good news is that we can make bedtime “as pleasant and calm as possible,” she says, recommending a regular, predictable routine as the best option. And science agrees.

She recommends parents make the bedtime routine easy, choosing 2-3 things that they can do consistently before bed to indicate to their babies that it is time to sleep.

Becca Campbell, a pediatric sleep consultant and the founder of Little Z’s Sleep, agrees, saying that a good night’s sleep for your child begins with a bedtime routine. In her online courses and 1:1 coaching sessions, she likes to direct parents to “sing a song before getting [their babies] into the crib to fall asleep for the night.”

Since consistency is important to routine, Trehub recommends that parents sing the same song at the end of the bedtime ritual.

“A calming song, sung in a soothing manner, either while the child is rocked in the parent’s arms or patted in the crib, tends to work well,” she says. “The important thing is to keep that last soothing step as similar as possible from one day to the next. Predictability in itself is soothing for infants and young children.”

However, at the end of the day, you shouldn’t stress too much about the when of incorporating lullabies into your child’s bedtime routine. Because lullabies are soothing to little ones, there’s no wrong time of day to sing.

“I want to encourage parents not only to sing to soothe and to assist infants to sleep,” says Andrews, “but also to promote engagement and play during wake periods.”

A perfect lullaby playlist to help calm babies before sleep

Although making lullabies part of your bedtime routine with your little ones is beneficial, many parents may not remember being sung to, and therefore aren’t sure where to start. We've curated a lullaby playlist, straight from the experts above, to inspire your own singing.

If you feel shy about singing, that's natural! Remember that even if you don’t know any lullabies or don’t enjoy your singing voices, your baby isn't judging you on whether the song makes sense or if you sound like an angel.

“The most beautiful sound in the world to a baby is their caregiver’s voices,” says Barnett. So if you’re not singing, she recommends talking to your baby during the bedtime routine — such as describing what you are doing.

Campbell agrees, saying that parents can “even do a phrase that can be said in song.” She adds: “Don’t overthink your ability to sing! Take a simple phrase like ‘goodnight little one, goodnight’ and add a simple melody to it. That’s your own lullaby that your baby will love and enjoy because it’s your special voice that they know singing to them.”

Not only is a parent’s voice comforting to a child but singing that lullaby — no matter how awkwardly — “can also support parent-child connection,” says Ortiz.

Irina Gonzalez is an editor and freelance writer based in Colorado, covering parenting, recovery, and Latinx culture. Her work has appeared in over 50 publications, including Parents, OprahMag.com, and more. She's also the creator of the Pandemic Mama podcast. In her spare time, you can find her exploring her colorful state with her husband and spunky toddler. Follow her on Instagram at @msirinagonzalez.