May I Recommend: Chore Charts for Morning and Nighttime Routines

Giving myself a gold star for completing my morning routine is my hack for forming healthy habits. 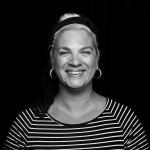 Morning people are an especially irritating breed; I know because I am one of them, and I am never not annoyed by myself. It seems unnatural to wake up so eager to start the day and yet, that is what I do. I’m a morning person, and I’m deeply sorry.

For those of you who are not morning people, and who are rightly annoyed by their existence, I come bearing wonderful news: Morning people are not without morning problems. Being a naturally early riser doesn't necessarily mean that the morning person has any sort of functional morning routine. Where you may picture the morning person rising, engaging in some light stretching, drinking a full glass of water to wash down daily vitamins, and brewing coffee while breakfast cooks on the stove, the reality, for me at least, is almost nothing like that.

At least that was the case before I created a chore chart — complete with foil star stickers, oh yes — in an effort to bring more order to my mornings. While it may seem colossally stupid that a grown adult might need a gold star to compel her to eat breakfast, if it works then it's not stupid at all, is it? And, my friends, let me tell you: It really works.

As a lifelong breakfast denier, it became important for me to give myself that crucial first meal of the day, because a lack of fuel was negatively affecting my workouts. And somehow, a rewards model often that we often associate with children resonated with me as well. It creates a visual reminder to stay consistent with my routines while encouraging me to celebrate myself for accomplishing them. But the chore chart doesn’t just have to be breakfast-oriented. It can work just as well for helping you establish other good morning or nighttime habits.

Here are just a few routine things that are often associated with good morning or bedtime hygiene, but that often are skipped because they can feel like a drag — or, to put it in the terms we're discussing here, a chore:

The chore chart I designed was simple: At the top of a piece of paper I wrote, "Jolie, did you eat breakfast??" Below that were boxes for each day of the week. Eating breakfast Monday through Saturday earned me a checkmark next to each day, and a week of successfully eating breakfast earned me that foil star sticker on Sunday.

To find out why childlike incentives can help us as adults, I turned to Alan Kazdin, Professor Emeritus of Child Psychiatry at Yale University, who was quick to dismiss my chore chart success. According to him, true habit creation calls for a more robust strategy.

"The scientific research has a three-pronged approach, and without the three prongs it's not likely to work very well,” he says. “One of those prongs is the reward, but without the other two it's kind of futile to do this."

Kazdin explained that the three-pronged scientific basis for changing behavior relies on first identifying the antecedent, or what comes before the behavior, then crafting the behavior so that it changes in a gradual way. That leads to the desired outcome, followed by the reward.
As for my chore chart success, Kazdin said, "The story is wonderful. The trouble is that you're attributing everything to the chart, and in fact it may not have been the chart."

The success of the chart, he said, has more to do with providing a structure to encourage habit-formation, rather than a rewards system.

"It might well be that the chart helped. It might be a straw that went on the camel's back and helped, but you're attributing this all to the chart and it may have very little to do with the chart. You reached a point, and you decided to structure something — and it may have been just the structure of it."

Despite Kazdin's poo-pooing of my foil star stickers, I stand firm in my belief that the chore chart helped me establish a more successful morning routine. I'm willing to concede that those foil stars don't deserve all the credit for my important personal achievement — as Kazdin described it, it wasn't the reward but rather the behavioral monitoring effect it had that made the chart so successful — but behavioral monitoring can take many forms, and if one method happens to involve foil stars, why not use them to tip the scales in favor of forming some good new habits.

Jolie Kerr is a cleaning expert and author. Her book, My Boyfriend Barfed In My Handbag … And Other Things You Can't Ask Martha, is a New York Times bestseller.
Read next:
Want to Reset Your Circadian Rhythms? Go Camping
Research shows that spending time outside can help reset your sleep cycles. Here's why you should get outside, or five easy ways to mimic camping conditions at home.
Learn more
8 Reasons to Start Sleeping Naked Tonight
Going to bed in the buff has more health benefits than we realized.
Learn more
The Week in Sleep News: June 24, 2022
Beyonce has some self-care advice for us.
Learn more
The Surprising Tool That Reset My Sleep Routine
Incorporating the Theragun Prime into my nightly bedtime routine helped me get my best sleep in years.
Learn more
Walking Meditation Can Help You Rest Better at Night
Also called mindful walking, the practice can offer exercise and stress relief for better sleep, while getting you into the fresh air.
Learn more
Recommended for You
How Five Artists Used Their Bedrooms to Inspire Art
Learn more
Plant Experts Share 13 Favorite Plants for Your Bedroom and How to Style Them
Learn more
How to Fold a Fitted Sheet the Right Way
Learn more
May I Recommend: Giving the Gift of Sheets on Mother’s Day
Learn more
12 Genius Ideas for Upcycling & Recycling Old Pillows
Learn more
What To Know About Mattress Protectors For Kids
Learn more
Trending Now
Sleep Calculator: What Is Your Best Bedtime?
Learn more
Wake Windows are the Key to Unlocking Baby’s Sleep Schedule
Learn more
Fall Asleep to These 7 Adult Bedtime Stories, Apps, and Podcasts
Learn more
Hitting Snooze Can Sabotage Your Sleep Quality
Learn more
27 Top Sleep Questions, Answered by the Experts
Learn more
How Does Heat Impact Sleep?
Learn more