The sensation many people get from watching these rhythmic clips serves as a sedative that helps them de-stress and wind down before bed. 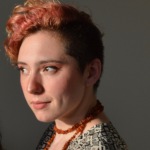 Rustling leaves, gentle whispering, the whoosh-whoosh of a makeup brush against a microphone — if just imagining those sounds sent a relaxing shiver down your spine, you may be sensitive to ASMR.

Videos that set out to elicit ASMR — or autonomous sensory meridian response — are a tool many people have turned to for help falling asleep — with more than 11 million YouTube searches for ASMR every month.

But what is it about these tingle-inducing audio or video clips that helps put calm and sleep within reach?

We asked experts and dove into the research to find out.

What is ASMR and what are the triggers?

The term ASMR was coined in 2010 to describe the pleasant, static-like tingling sensation some people experience in response to specific audio or visual stimuli.

The sensation often begins on the scalp and travels down the back of the neck — sometimes encompassing the entire body — and is widely reported to be accompanied by feelings of relaxation and well-being.

The type of stimulus that can trigger ASMR varies from person to person, but often includes gentle whispering and personal attention (like having your hair played with). ASMR provides temporary but welcomed relief for people with depression, chronic pain, and stress.

While most ASMR triggers can be sorted into categories, most videos will combine different triggers to help soothe and encourage your brain to relax. Research shows having at least two triggers are preferred in an ASMR experience.

If you’ve ever found yourself eagerly anticipating the unparalleled zen of your hairdresser running her fingers through your hair or found solace in watching and listening to beloved landscape painter Bob Ross create “happy little clouds” with meditative brushstrokes, you may already be experiencing ASMR without knowing it.

Bob Ross’s ASMR falls into the “unintentional” category (a term describing content that triggers ASMR incidentally rather than by design).

There are many ASMR creators, however, who deliberately curate these experiences for people. Some videos are very streamlined, but other ASMR creators go above and beyond, assembling costumes, props, and sets for role-play videos, which are a popular sub-genre of ASMR. YouTube is one of the most popular platforms for ASMR creators, also known as “ASMRtists.”

How to use ASMR for better sleep

Since many people listen to whispering ASMR videos for sleep on their phones while lying in bed, the sleep-sucking rabbit hole of internet browsing is only a tap away. The key is to find the ASMR sounds that work best for you and to use them in a way that won’t negatively affect your sleep.

To use ASMR for relaxation — and not late night doomscrolling — there are a few things to keep in mind:

According to Dr. W. Chris Winter, neurologist, Sleep.com advisor, and author of “The Sleep Solution,” ASMR is like other sleep aids and should be considered a tool, not a necessity. “If you’re using it to wind down and relax and you have a lot of anxiety, great — but don’t make the mistake of thinking that that video […] is the reason why you sleep.”

When it comes to finding ASMR sleep sounds, video or audio only, there are a variety of places you can turn to — from YouTube to podcasts to Twitch to Clubhouse. ASMR videos for sleep typically involve muted sounds and colors while podcasts focus on gentle, relaxing, ambient noises.

Below, we've rounded up some of the best ASMR videos, podcasts, and more in a variety of different genres to get you started.

1. Top 10 triggers for sleeping by GibiASMR

This video by GibiASMR, who has over 3.5 million subscribers, covers top 10 ASMR triggers for sleep, which include ear-to-ear whispering, mic brushing, tapping, water sounds, crinkling, and more.

Sleep hypnosis is shown to work by helping your brain focus away from racing thoughts and onto anything else. This video by The ASMR Psychologist whispers while emphasizing "t" and "d" sounds.

Jojo's ASMR who has 1.8 million subscribers created the ultimate ASMR for sleep that is three hours long. From foil crinkling to whispering to mic brushing, this is the ultimate playlist for sleepers who worry about running out of sounds to sleep to.

An alluring example of personal attention, whispering, and iconic ASMR sounds, Tingting ASMR (who has 1.9 million subscribers) takes you on a 20-minute sound experience with hair brushing, head massages, and gentle water sounds. If this video was too short, Tingting ASMR has a three hour long cut.

5. ASMR sleep triggers for the best sleep of your life

With 1.5 million subscribers, ASMR Glow goes through some of the top triggers for relaxation and sleep, including mic scratching, slow tapping, finger fluttering, and light triggers.

Other ASMR streams and podcasts to try:

How does ASMR work for relaxation?

While there is a growing body of research on ASMR, there is still no definitive conclusion on how exactly it functions biologically.

ASMR has been shown to help alleviate both physical and emotional pain. In one online study, 80% of respondents shared that watching ASMR helped to brighten their mood, especially among people with depression. Among those surveyed who reported living with chronic pain, 42% stated that watching ASMR improved their symptoms for up to three hours — a benefit that may help them doze off.

Researchers propose that ASMR may be beneficial in a similar way to mindfulness and meditation.

A small 2018 study showed evidence that for some, ASMR triggers areas of the brain handling social cognition, sensory processing, and attention. The study also pointed to a response from one of the brain's reward centers, the nucleus accumbens. These findings could explain the pleasurable and soothing sensations associated with ASMR.

Researchers in Winnipeg found that those who experienced ASMR had more connections between certain brain regions than those who did not experience ASMR. According to their 2016 study, this network of increased links between areas associated with vision, memory, social behavior, and other cognitive functions “likely influences the unique sensory-emotional experiences associated with ASMR.”

Why does ASMR help you sleep better?

In the first research study on ASMR, published in 2015, 82% of participants surveyed said that they watch ASMR videos specifically to help them sleep.

But whether ASMR can actually help you fall asleep faster has yet to be determined.

The scientific research “isn’t quite there yet,” says Winter. According to Winter, it’s possible ASMR helps people fall asleep in the same way television does — by encouraging relaxation. Unlike television, however, ASMR is curated to be soothing without being too engaging so your brain doesn’t trigger you to stay awake.

Sleep research using EEGs shows our minds responding to things we hear, and even sorting stimuli and filing memories. ASMR is like the boring version of processing.

Another benefit? ASMR creators and the community puts a lot of work into curating a relaxing sleep experience. According to Winter, many folks have a renewed sense of control over their own sleep cycles, a feeling which can help to assuage any performance anxiety that’s keeping them awake.

In other words, because ASMR is an entire genre created with the intention of promoting relaxation and sleep, engaging with it can encourage people to be more conscious of their sleep choices and routines.

That said, ASMR shouldn’t be the only part of your bedtime routine. Remember to practice good sleep hygiene overall, too, from keeping a consistent bedtime (which could mean starting your ASMR watch earlier in the night instead of right in bed) to regular wakeup time.

Lindsay Lee Wallace is a New York-based culture writer, chronic over-thinker, and aspiring early riser.
Read Next:
This Sensory Grounding Technique Is a Calming Way to Get Ready for Bed
Because sleep isn’t just about having the right bed – it’s also about being in the right state of mind.
Learn more
Here’s the Ideal Amount of Sleep by Age for Kids and Adults
The average adult needs 7 to 8 hours of sleep, but that’s just a guideline. Here’s how to tell how many hours you really need.
Learn more
How I Learned to Listen to My Body and Prioritize Sleep as a Professional Chef
Sleep brings balance to my life. Here’s how I learned to change restaurant culture by embracing self-care.
Learn more
What Is a Sound Bath and How Can It Help You Sleep?
This form of meditative therapy is also called sound healing, and it can help reduce tension and pain, and can lead to better sleep.
Learn more
Is ‘Beauty Sleep’ a Real Thing?
There’s a proven connection between your skin and what happens during sleep.
Learn more
Recommended for You
7 Best Bedtime Apps and Podcasts for Adults
Learn more
Everything You Need to Know About Blue Light, Sleep, and Eye Health
Learn more
10 Best Cooling Products to Help Hot Sleepers Relax
Learn more
I Tried Pro-Athlete-Approved Pillows and This Is How I Slept
Learn more
Tips and Tricks for Avoiding Noise at Night
Learn more
Tips and Tricks to Avoid Light When You Sleep
Learn more
Trending Now
What's Waking Americans Up at Night
Learn more
20 Sleep-Deprived Cities in America
Learn more
The Surprising Effect Summer’s Long Days Have on Americans’ Sleep
Learn more
27 Top Sleep Questions, Answered by the Experts
Learn more
7 Reasons to Start Sleeping Naked Tonight
Learn more
Which Sleep Position Are You Most Likely to Fall Asleep In?
Learn more