3 Sleep Myths Debunked by the Doctors

On Sunday March 21, we debunked sleep myths with our Sleep Experts in our Sleep Secrets on Clubhouse. 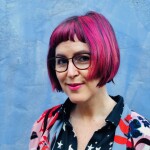 Sleep Secrets happens on Clubhouse every Sunday and Thursday. There we tackle your questions about sleep with our Sleep Experts at Sleep.com.

This transcript has been edited for clarity and length.

If someone is talking in their sleep, can they reveal their secrets?

Jess Barron: If someone is talking in their sleep, can they reveal their secrets to somebody who overhears them, Dr. Winter? What do you think?

Chris Winter: Yeah, theoretically they could [and] also say things that have very little to do with reality. It's absolutely possible [you could say something that's quite embarrassing]. Generally speaking, sleep talking is usually a phenomenon rooted in an abnormal awakening out of deep sleep.

However, some people actually think of sleep talking as a normal. Just because you sleep talk doesn't mean that there's anything necessarily wrong. A lot of our executive functioning, [which is in our prefrontal cortex], is not terribly involved when we are sleep talking.

Should you avoid waking a sleepwalker?

Jess Barron: One of the other sleep myths I wanted to ask you about is sleepwalking. If I see someone sleepwalking, in my house, would it be okay to try to awaken them, or could that freeze, hurt, or harm them?

Chris Winter: That's a common myth. And I think the myth about waking sleepwalkers has to do with the confusional aspect. If you've ever kind of come upon a sleepwalker, they're typically not too cognizant of what they're doing. They're often kind of confused by things.

For example, if a lock on a door is terribly elaborate, they may not be able to actually get out of a room. So generally, I think the myth has to do with the fact that when you come across the sleepwalker, you don't want to try to confront them because of their confusion.

They can get defensive and upset when you're just trying to get them safely back into their bedroom without hurting themselves. Or potentially hurting other people.

Interestingly Ambien, which is a hypnotic, was found to be causative of confusion. Arousals, sleepwalking, and eating at night that people have no recollection of, and then they're kind of confronted with it the next day.

In fact, so commonly that the drug manufacturers went back after the drug was released and put warnings on that specifically about Ambien. So anytime we talk about individuals who were sleepwalking, the first question we typically ask is, are you taking medications to help with sleep or using substances to help you fall asleep at night?

Jess Barron: Recently when I told a doctor that I was having trouble sleeping, and I asked about if I could get Ambien, she was like: “Well, do you live alone?” I told her I lived with my husband, and I asked that doctor why she was asking that. And she said for the reason that she doesn't like to give Ambien to people who live alone, because they might do some of the things that you just mentioned or get into their car at night or do other dangerous things.

Cancer survivor and wellness entrepreneur Rachel Rhee of YouAreHereCommunity.com is up next with a question for you, Dr. Winter.

Does being able to sleep anywhere mean you're a "good sleeper"?

Rachel Rhee: Does being able to sleep anywhere mean that you're a good sleeper? I can fall asleep on airplanes 10 times before takeoff and during car rides. Obviously, if I'm not driving, but even if it's a short trip. I would love to know if some people are just good sleepers, or if there's anything else that could be the reason for that ease of sleep.

“Good sleeper” is an individual who falls asleep quickly, and somebody who falls asleep anywhere. [But] I'm not really sure your ability to fall asleep on gravel makes you necessarily a great sleeper. It just indicates that your sleep drive, or your degree of sleepiness, is really high. You know, somebody says: “I'm such a good sleeper. I can fall asleep at stoplights or right in front of my boss and get in trouble for it.”

Then we have to start thinking, wow, we want to be careful of is that we're not dealing with somebody who's excessively sleepy!

So, when I think about you, Rachel, the question is you can fall asleep anywhere. That could be a good sign, that you're relaxed about sleep.

But if it's "I really don't have a lot of control over my sleep" that might be tipping you over into a place where you're excessively sleepy either because you're not getting enough sleep or there's something wrong with it.