How Does Good, and Bad, Sleep Affect Your Weight Goals?

Weight is a holistic health territory, which means your sleep matters too. 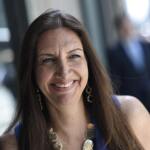 Many weight-management plans focus on diet and exercise. But weight, which does not necessarily represent a person’s health, is more than caloric numbers and minutes you spend exercising. In fact, research shows obesity is an incredibly complex issue that’s affected by genetics, environment, socio-economic background, and more — including sleep.

“Getting enough sleep is one of the most underrated factors for staying at a healthy weight,” says Dr. Vikas Jain, a sleep-medicine physician at Baylor Scott & White Health. “If it’s not on your list of requirements for a successful weight-management plan, it should be.”

But as we all know, a rocky relationship with sleep is much more complex than not having the willpower. There may be other factors, such as pre-existing conditions to situational mental health, that prevent you from getting the sleep you need. Those underlying factors could also play a role in body weight.

Here are the links researchers have found between sleep health and weight management.

A study published in the Journal of the American Heart Association surveyed almost 500 women between the ages of 20 and 76. Those who reported poor sleep quality also ate more foods high in added sugars and saturated fats, and fewer foods like high-quality dairy, whole-grains, and fiber.

While the connection between poor sleep and subsequent high-calorie food choices isn’t entirely clear, Jain has a theory that it could harken back to our inner caveman. “Imagine you’re sleep-deprived and need to hunt for something to eat,” says Jain. “You’re going to choose foods that give you the most energy in the shortest amount of time.”

In a study published in The American Journal of Clinical Nutrition, researchers studied sleep patterns and diets of 30 people. When participants were sleep deprived, they ate an average of 300 calories more per day than they did when they were well rested.

How can you tell if you need to sleep or snack? If you are craving foods after meals or at odd hours and finding it hard to focus, a nap might serve you better. If you can’t remember the last time you ate, try a snack — and coffee doesn’t count.

Sleep deprivation may also be a result of low moods, which could also trigger your need for high-carbohydrate foods. This is part of the “serotonin theory,” which deduces that carbohydrate cravings are the body’s way of looking for a serotonin boost. Our brains do tend to find high-calorie foods more delicious than other foods, and researchers have found people on a high-calorie diet were more likely to have depression, which is associated with poor sleep.

Got cravings? Try eating more foods with tryptophan, which can help you sleep and curb carb cravings. Tryptophan is a hormone your body uses to make serotonin and melatonin (the hormone that helps keep your sleep-wake cycle in check). Foods with tryptophan include chicken, turkey, whole grains, tofu, and peanuts.

Sleep Deprivation May Alter Your Metabolism

Research also shows that sleep deprivation can disrupt the body’s complex metabolic system, from appetite recognition to hormone deficiency. A study published in the Journal of Lipid Research found that getting inadequate sleep for just a couple of nights makes you feel less full after eating.

A study done at the University of Pennsylvania looked at the impact of sleeping only four hours per night for five straight nights. Researchers found that the number of calories participants burned at rest was significantly reduced after the sleep-deprived nights.

The number of calories you need to keep your body functioning at a most basic level is called a basal metabolic rate (BMR). The higher your BMR, the more calories your body will burn every day just in keeping your body running. A BMR is influenced by unchangeable (age, genetics, and certain conditions) and controllable factors (activity level, food intake, and sleep).

How sleep deprivation and a lower BMR are linked isn’t 100% clear, but it may be the body’s way of conserving calories so that it won’t run out later during a longer day of wakefulness.

You’ve probably heard that exercising can lead to sounder sleep, but research has found that it works the other way around as well: Logging a full night of sleep can lead to a better workout. Like food and sleep, sleep and exercise exist as an equitable partnership.

“Sleep gives your body a chance to recover,” says Jain. If you deprive yourself of that rest, you may not feel motivated to work out — or you might over-exercise and start a cycle of exhaustion. Recovery is just as important to an exercise regimen as expending energy.

Instead of exercising on hard mode, research recommends moderation for improving sleep. According to the Centers of Disease Prevention and Control, gardening and walking the dog can be considered moderate exercise.

If you do plan on an intense workout, remember to get a good night of sleep before. A 2009 study showed that after two nights of only four hours of sleep, the 15 male participants worked out significantly less, with lower intensity.

Your hormones do a lot of the work of telling your body what to do. Beyond impacting hormones like melatonin and serotonin, sleep also affects ghrelin, which stimulates hunger, and leptin, which signals fullness. When these levels are disrupted, you may find it more difficult to recognize when you are hungry or full.

In 2019, researchers from Pennsylvania State University had 15 healthy young men clock only five hours in bed each night for four consecutive nights. On the fifth night, they slept a full night’s rest, which researchers called a recovery night.

During the study period, the men ate a high-calorie, high-fat meal for dinner every night. Most of the men said they felt less full after dinner on days they were sleep-deprived compared to when they were well-rested. Blood samples from participants found that sleep deprivation also led to the body storing more fats after the meal, instead of using them up for fuel. Researchers proposed that insufficient sleep may influence satiety-signaling hormones in the body and the ability to digest and absorb nutrients.

The good news? Researchers say getting back into your sleep groove — for just one night —could reverse these effects of sleep deprivation.

How to Keep Your Sleep Consistent

Think of sleep as a tool that sharpens all your other tools in your fitness and weight-management plan. With quality sleep, your brain will be better at sending the messages it needs to your muscles, stomach, and back to itself.

To improve your sleep:

You Shouldn’t Have to Lose Sleep Over Weight

The best plan is one that makes you feel healthy and happy. Talk to a trusted doctor, who should also be familiar with your comprehensive medical history, about the choice to gain or lose weight before committing to the journey. You may also want to look for a Health at Every Size (HAES)-informed doctor. A HAES doctor is trained to look holistically at your medical history rather than judging health by weight.

In fact, weight is only one part of overall health, and losing weight is not the only answer to getting healthy. Treating your body kindly and recognizing that changes are normal is just as important for your physical and emotional well-being, as is getting enough sleep. So rather than looking at sleep for weight management, start with your need for good, adequate sleep. It's a much more holistic way to better physical and mental health.

Need suggestions for moderate workouts? We've got a 15-minute yoga routine and a Pilates workout for sleep to help ease your body into relaxing slumber.