Why a ‘Sleep Divorce’ Might Be Great for Your Relationship

A bed of distance makes a heart grow fonder. 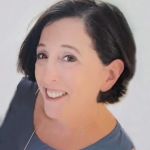 We have our grandparents’ generation to thank for many things, including potluck-winning casserole recipes, the best silver-screen films, and plenty of dapper fashions. And we may be able to thank them for a better night’s rest: Our grandparents’ sleep setup may be the best way to get a good night of Zzz’s.

For decades, it was normal for couples to sleep in two twin beds. That setup was the norm on classic TV sitcoms such as The Dick Van Dyke Show. Even U.S. Presidents slumbered away from their wives, in entirely different rooms, although that didn’t become news until President Gerald Ford and his wife Betty chose to remain united from bedtime ‘til dawn.

Moving to separate beds is now called “sleep divorce,” and duos from parents of young children to senior citizens are bouncing on — to their own mattresses.

What Is a Sleep Divorce?

Essentially, sleep divorce refers to couples agreeing to spend the night in separate beds, and often separate rooms, forfeiting a shared nightspot. The reason: so both can sleep better.

Impromptu cuddles are tough to give up in a loving relationship, yet solo snoozing keeps interrupters at bay: snoring, repositioning, restless legs, doomscrolling, bathroom jaunts, and conflicting schedules, for starters. Maybe one of you prefers a super-soft mattress and an electric blanket, the other an ultra-firm with the A/C blasting? Snuggle into your own best rest, then meet up at the breakfast nook.

Separate Beds Made These Relationships Stronger

After 23 years of marriage — many of them working together as the owners of Attractions Magazine — Matt and Jackie Roseboom replaced the California King in their Orlando bedroom with two adjustable twins. The beds are adjacent with separate sheets — each claims the other steals a shared one — but a single king blanket.

“Jackie likes to sleep with her head or feet propped and I don’t,” Matt explains. “She adjusts hers and I keep mine flat.”

In Las Vegas, Joy Hollander and her boyfriend, John Jacobson, went more extreme by occupying their own bedrooms. “John and I met at 52,” says Hollander. “We started in the same bed 12 years ago, but one time he slept in the guest room so I wouldn’t catch his cold, and as they say, the rest is history. He has multiple sclerosis and restless leg syndrome, and he snores like a buzz saw, and I sleep more soundly undisturbed.”

Hollander and Jacobson also find it easier to follow their own time schedules within their private spaces. “I’m a night owl and he’s in bed by 9 p.m., so I get to watch TV as late as I’d like,” says Hollander. How about intimacy? “We cuddle on our own terms!” This well-rested duo likes the arrangement so well, they even request two queen beds when traveling.

Does a Sleep Divorce Solve Everything?

Sleep divorce won’t work in all relationships. In fact, sleep data is inconsistent about whether sharing a bed is a boon or a bust practice, according Lisa Medalie, Psy.D, an insomnia specialist at the University of Chicago who created Doctor Lullaby.

“Subjective data says that partners tend to perceive that they sleep better when sharing a bed even though objective data shows it can impact sleep quality,” says Medalie. Sounds like we see what we want to see, especially when that “want” is a mere pillow away.

Is a Sleep Divorce Right for You?

Dr. Michael Breus, aka The Sleep Doctor, suggests you ask yourself these two questions:

If the answers point toward needing an evolution in your nighttime circumstances, start a conversation.

If you’re yearning for middle-of-the-night space, approach the topic ultra-respectfully. “Ultimately it comes to communication,” says Dr. Molly Atwood, associate professor of psychiatry and behavioral sciences at Johns Hopkins Medicine in Baltimore. “Plan out what you’ll say and pick a time to bring up the subject.”

Try approaching the conversations by...

Medalie reiterates the need to be “very, very delicate” around the subject. “Use ‘I’ statements like, ‘I notice I’m really struggling with my sleep lately. XYZ is helping and XYZ is hurting. I think it might make sense for me to sleep on my own to support these efforts,’” she advises.

“Tell your partner that you’ll be better in the relationship if you can get better sleep,” Breus advises. “Emphasize that sleeping separately has nothing to do with him or her as a person.”

If You Want to Troubleshoot Solutions Before Giving into the Sleep Divorce, Try...

Getting another bed or a split frame is a huge effort. If you’re keen to remain united, many significant others try smaller efforts: white noise apps or machines, eye masks, earplugs, sleep apnea machines, noise-cancelling headphones, decongestants, soap under the sheet (hey, it’s supposed calm down twitchy legs), even rubbing calming scents under their noses.

Identify products that can help with your particular issues. If one member of the couple is a hot sleeper, try cooling products, or split your king into two twins, giving the warmer sleeper a mattress with cooling technology. If one member snores, opt for ear plugs or look into products to help the noisy sleeper.

Alternatively, opt for a mattress designed with motion isolation technology. This type of sleeper is engineered to minimize the wave of movement caused by either of you sitting on the edge, laying down, or making another major motion. It’s usually accomplished with a mixture of memory foam and coils that are wrapped individually, but could be all foam or a traditional mattress with coils linked strategically by wires.

Want to spend less? Try placing a thick foam mattress topper on the surface of your existing mattress. That may make enough difference for you.

When those don’t work, it may be time to call it quits — for a quiet nine hours out of 24.

“A sleep divorce doesn’t imply that you’re never returning,” Breus emphasizes, addressing most couples’ fears around the terminology. “It doesn’t mean you want to be divorced. It’s about alternative sleep schedules in a sleep environment that allows you to perform in the way you need to.”

But What About Sex?

Reality check: A well-rested partner is more likely to be game for intimacy than a groggy one.

Discussing sex is an equally important part of the conversation, so don’t leave that out. Medalie advises addressing how sex needn’t be right before shut-eye. “Suggest that you’ll come wake your partner up in bed in the morning, or you can schedule time. Make sure sex doesn’t take a back seat just because you’re sleeping separately.”

“I think there’s sleep time, and there’s intimate time,” says Amy Ranew, an Apopka, Florida, stay-at-home-mom whose husband, Jason, headed to the guest room regularly when she was nursing newborns. “I’m not sure I’d be OK with separate rooms forever,” she says, “but I’ll admit that I do sleep better when I don’t have his tossing and turning, which wakes me up.”

Separate beds often lead to more lovemaking, not less, Breus observes. “If you get good sleep all week long, you’ll be more ready to have fun on the weekends,” he says. “Plus, if your partner isn’t in your bed for five days a week, you’re both more likely to say ‘yes” when you’re back together.”

Ranew adds, “We have six kids, so clearly some sleeping apart hasn’t killed our relationship.”

The Best Bed Situations for a Sleep Divorce

Speaking of compromise: Be creative. The suggestion of a second bedroom might feel out of pocket, but fortunately there are options:

Switch to a king bed

If your bedroom is big enough, switch to a “split king” bed. Those have the same dimensions as a king bed but it’s split in half, down the middle so that you can fit two twin extra-long mattresses instead of a single massive mattress. That provides the next level motion isolation for the movers and shakers of dreamland.

And according to Sleep Expert at Mattress Firm, Stephen Ferguson, traditional king beds also come split just because that structure is more accommodating for moving and getting into a room.

Consider a split adjustable base to go with it

With split beds, you can also opt for a split adjustable base bed. This allows for personalization on each side, whether it’s for sleep positions or managing sleep disruptors. The TEMPUR-Ergo Smart Adjustable Base comes with a sleep tracker that can respond to your partner’s snoring and adjust them before you do.

Place two twins side by side

You could also get the same result with side-by-side adjustable beds as the Rosebooms do, or going the European route: Place two twins together. If the split between them bothers you when you rendezvous, turn the mattresses perpendicular. Problem solved.

(This only works if the mattresses are the exact same brand, height, and style, however. Otherwise you'll both be very uncomfortable!)

Schedule sleep time together and apart

You can meet halfway with other arrangements. For example, agree to shut-eye together every Saturday and Sunday, going your separate ways on other nights. Or, schedule a daily snuggle before lights-out.

You might miss twisting your feet together when it’s chilly at 2 a.m., yet you’re less likely to be awoken regularly. Reunite when it’s time for romance. In fact, one or both of you might want a larger-than-twin mattress to ensure that activity is comfy.