Why the Pandemic Has Been So Bad for Working Moms’ Sleep

Multiple factors all came together to create the perfect storm, leaving more people than ever feeling exhausted. 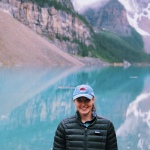 When Leanne Murakami woke up and saw the clock register 3 a.m., the first thought that came to mind was “Not again.” For the third time that week — and what felt like the hundredth time in the last year — Murakami sighed and rolled out of bed. Exhausted but knowing that she wouldn’t be able to go back to sleep, the 43-year-old Los Angeles-based general manager, triathlete, and mom had no choice but to start her day.

Murakami had clocked less than four hours of sleep, but if she wanted to fit in her triathlon training before heading to a full day of work, she couldn’t spend another minute under the covers.

Working moms are more likely to have insomnia

It’s difficult to find anyone who hasn’t had their sleep interrupted at least once in the past two years. The combination of the COVID-19 pandemic, economic uncertainty, and burgeoning social issues has created a sense of near-universal uncertainty and anxiety. In fact, the American Psychology Association has growing concerns that two out of three Americans now say they have trouble sleeping or sleep less than desired.

But women especially have been impacted in these times, being 20% more likely than men to state that they are having difficulty sleeping in 2020.

One of the reasons are the hormone fluctuations females face. Progesterone and estrogen levels, which are closely linked with the sleep-wake cycle, vary significantly throughout the month. The result: more sleep disturbances.

Then there are gendered expectations, which interfere with women’s ability to sleep. Many women take on the burden of caring for dependents and studies show an increased insomnia among women and frontline workers. Whether it’s children or aging parents, this mental load can raise their risk for insomnia and circadian rhythm disruptions.

For women of color, anxiety and burnout are even more likely to be an issue. A study by LeanIn.Org found that 75% of Black and Latina women spend 20 extra hours per week on housework than white women and 15-20 more hours a week caring for dependents. On top of that, nearly two-thirds of frontline workers (e.g. healthcare workers, cashiers, transportation workers) are women, with a majority of those identifying as Black, Indigenous, or Latina.

“Women often feel a sense of guilt if they aren’t giving all their time to others,” says Danielle Worthington, Ph.D., a psychologist specializing in women’s mental health at Walter Reed Memorial Hospital, outside Washington, D.C. “And when women are home, they must divide their time between kids and work, leaving them feeling as though they’re not doing either interaction particularly well.”

Murakami knows this exact scenario all too well.

Between helping her daughter with online school and working late nights at her job, Murakami has never had so much on her plate. “Now, the only time I have for myself is late at night,” says Murakami. “And that’s when the anxieties and stressors of the day finally start to hit me, keeping me awake for hours.” (Murakami has a supportive husband, but he also works in the restaurant industry, leaving both with little free time).

Over the past 18 months Emily Simonian, a licensed marriage and family therapist with Thriveworks, notes that she’s seen women’s mental health — and sleep — buckle under the pressures of caregiving, careers, and maintaining a home.

“What I really notice is their thought patterns changing for the worse,” says Simonian. “It’s almost like cause and effect: Women see areas for improvement, whether in their careers or at home, and put pressure on themselves to be perfect. Then they see another area and yet again put pressure on themselves to achieve. This all melts down to classic anxiety and it’s no secret that an anxious mind has trouble settling down to sleep.”

What can working moms do to reduce sleep anxiety?

One of the first habits Awad recommends getting into is building a relaxing routine. Implementing this routine should help retrain your brain to see bedtime as a restful, relaxing place, instead of a reminder of your stress and unraveling to-dos. This practice is called mental conditioning, and it can help with achieving more restorative sleep.

“Getting to sleep is a bit like running a race,” says Awad. “You’ve got to warm up and get your body ready for the race. The same goes for sleep.”

Much like a marathon, you’ll want to set your goals slowly, making them doable over time instead of all in one night. For example, one goal can be to limit the kind of shows or social media you consume at night so that you aren’t watching or reading things that fuel your anxiety. Try these for several days to see how you feel before you sleep.

And be OK with hiccups in your sleep hygiene journey. Be forgiving of yourself on the nights you can’t sleep, so your anxiety doesn’t build up the next night.

It's OK to ask for help and support

As for tackling that neverending list of improvements and to-dos, Worthington recommends having a conversation with a fellow caregiver or partner about equitable sharing of household tasks. Knowing that a significant other has your back when it comes to sharing the physical and mental load may be just the relief you need to finally fall asleep with ease.

“It might start by saying to your partner, ‘Let’s divide up the tasks at home,’” suggests Worthington, who also advises using assertive communication. “Vocalizing what you need — an extra hour to sleep, time to work, whatever — is a powerful way to get time back in your schedule.”

If help, especially in the form of therapy, is expensive and time-consuming, Simonian has some creative ways to move forward. “I’m a big fan of meditation apps like Headspace,” she says. “Many of these mental health apps are not only free or affordable, but most offer some sort of sleep meditation or bedtime routine walkthrough.”

The same goes for YouTube, where there are plenty of resources for those seeking meditation, pre-bedtime calming playlists, bedtime stories, ASMR, and more. These resources can be used at work, in the car, during a workout, or anywhere else women are headed while on-the-go, making them ideal for those who have little-to-no time left at the end of the day.

Simonian also acknowledges that carving out time for yourself can feel like just another task on the to-do list. This is where support systems — family, friends, colleagues — and not being afraid to ask for help with work responsibilities, childcare, or other tasks can really benefit women.

“We all need to focus on a paradigm shift of women recognizing that they do not need to take everything on,” says Simonian. “Especially encouraging women to see that asking for help is not a sign of failing whatsoever — it’s a sign of vulnerability and strength.”