Waking Up to Pee? How to Stop Late-Night Trips to the Bathroom 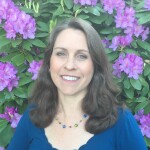 Waking up in the middle of the night to pee might be enough to leave you feeling groggy the next day — especially if you can’t fall back asleep after. And if you drank a lot of liquid before bed, a one-time bathroom break isn’t a big deal, but if you’re waking up nightly — or even multiple times a night — to use the bathroom, it can start a domino-effect with your sleep. Drink, pee, cycle, repeat, and your sleep quality and overall well-being can start to suffer.

“The distinction – which is hard to do sometimes – is to distinguish between people that wake up for some other reason, and because they’re awake, they go pee. Or is it actually their bladder that’s waking them up?” says Dr. Atul Malhotra, a sleep medicine specialist and professor of medicine at UC San Diego Health. “They’re kind of two different things. Are you waking up with a full bladder, or are you waking up because of a full bladder?”

Fortunately, there are ways to stop waking up to pee once and for all at night.

Before we dive into how to stop waking up, there are things you can do to minimize the impact of a late-night pee break. Most importantly, your nighttime bathroom trip should stay lowkey. Avoid turning on the bathroom lights, if possible, ideally by using blue-light-free nightlights (e.g. not your phone), or rely on moonlight to light your path as you slowly make your way to the bathroom.

Take your time to avoid getting amped up, and don’t stress about it, or you’ll risk a bit of adrenaline that will make it harder to fall back asleep. If you’re worried about slipping, be sure to wear slippers with friction and not socks.

And as you crawl back into bed, try to avoid drinking more water or getting distracted by anything in your room. Really focus on relaxing and falling back asleep with a mind free of distractions. If you need help, try box breathing or sleep affirmations.

If you are ready to halt those pee breaks once and for all, here's where to start:

For people who only wake up once at night, this is the most useful tip to incorporate into your bedtime routine. Drinking water earlier in the day will help combat midnight dehydration, and emptying your bladder before bed can do wonders for preventing nighttime urination.

“Some people drink tea …and drink water just before they go to sleep because ‘I have a dry mouth’ or something, and then they’re getting up to pee all night,” Malhotra says. “Sometimes, changing the timing of fluid intake can be quite helpful.”

Caffeine and alcohol are diuretics, which make you pee. “Even people who think they might sleep better after they’ve had a few drinks, they typically wake up after the alcohol’s worn off,” says Malhotra.

If you must drink something, skip alcohol and caffeine, and stick to water.

Holding back on salt

Small, limited studies show that reducing salt intake can help with nocturia and overactive bladders. Although the “why” behind this tip is unknown — as salt is not a “cause” of nocturia — researcher recommend cutting back on salty food because it’s low-risk and has other positive health outcomes for blood pressure, stress, and weight.

Strengthening the pelvic floor muscles around your bladder could support your ability to sleep through the night without waking to pee, particularly for older adults and women who’ve been pregnant. Kegels are exercises where you squeeze and hold your pelvic floor muscles for three seconds before releasing.

The National Institutes of Diabetes and Digestive and Kidney Disease recommends doing Kegels three times a day for 10 to 15 sets. Avoid squeezing your stomach or legs at the same time as that could put more pressure on your bladder.

Elevating your feet before sleeping

Putting your feet up before bedtime may force fluid that accumulated in your ankles back into your bloodstream, so you can pee it out before going to sleep. This is most effective for people with heart failure. Alternatively, you can wear compression socks to help redistribute fluid back through your body.

Changing the timing of your medication

Some medication makes you pee. With your doctor’s permission, consider taking it earlier in the day.

How to Stop Peeing Multiple Times a Night

The more frequent your bathroom visits, the more disrupted your sleep becomes. When that is routinely the case, chances are it's nocturia, a condition where you wake up to go to the bathroom more than once a night. Although some cases of nocturia can be easily solved by the remedies above, long-term nocturia may require more support, especially when it results in poor sleep quality and insomnia.

“Many people arbitrarily relate the symptom to urinary issues only,” says Dr. Roger Dmochowski, professor of urology at Vanderbilt University Medical Center in Nashville. “However, many of the patients in this population have multiple coincident issues – for instance, an enlarged prostate and sleep apnea.”

People who have polyuria — which causes excess urine production and is often tied to diabetes, poor kidney function, diuretics, and alcohol and caffeine consumption — might also experience late-night peeing, multiple times a night.

Nocturia is often seen in conjunction with other factors, including:

If these lifestyle changes aren’t effective, you may want to make an appointment with your doctor. Long-term nocturia can disrupt your sleep quality, which has other impacts on your health. “There are now several well-done studies that suggest increased complications associated with this condition, including high blood pressure, heart disease, and recently, some Japanese studies... suggest, with time, increased mortality,” Dmochowski says.

Tailoring a treatment for nocturia often depends on the cause and other conditions you may have, however your doctor may suggest:

A CPAP machine, if you have sleep apnea

One recent study found that when people with sleep apnea and nocturia began using a CPAP machine, almost half of them were able to reduce their number of nightly bathroom visits.

“In my experience, the most useful intervention, actually, is the use of a CPAP machine at night, with sometimes dramatic improvement in the number of nighttime urination events,” Dmochowski says.

Medication, as a last resot

Desmopression (to help kidneys produce less urine), anticholinergic medicines (to strengthen bladder muscles), and diuretic medicines (to help urine production and high blood pressure) are some common medical treatments. However, most doctors prefer these to be a last resort for nocturia and prefer to treat the underlying cause instead.

“In those cases, treating the underlying insomnia is what’s required, rather than treating the bladder, which might be an innocent bystander,” Malhotra says. “Nocturia might seem like a nuisance, or it might seem trivial, but in some cases, it’s a marker of more serious conditions. If you think you might have a problem, go talk to your doctor, because it may be a symptom of a bigger issue that can be addressed.”