A CDC report showed a 540% increase in accidental poisoning reports from the over-the-counter supplement, which is often sold as candy-like gummies. 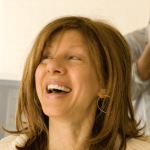 For many people, getting good sleep was a challenge before COVID-19. Then the pandemic arrived, upending routines and ushering in new waves of anxiety and stress — and more reasons to keep us up at night. Hours spent restlessly tossing or counting sheep had more people turning to sleep aids, especially melatonin. In 2020, melatonin use rose more than 42% from 2019, with Americans desperate for much-needed rest spending more than $825 million on various forms of the supplement, according to data from Nielsen.

Melatonin is often sold in gummy form, making it appear fun, innocuous, and even candy-like. But there have been serious — and in two cases deadly — consequences for children, according to a just-released report from the Centers for Disease Control (CDC). Reports of accidental poisonings from melatonin among the pediatric population (defined here as children, adolescents, and young adults aged 19 or younger) increased a whopping 530% between January 2012 and December 2021, with the biggest spike occurring from 2019 to 2020, when the pandemic began.

Taking a closer look at the increase in cases, there were 8,337 melatonin-related incidents in 2012. By 2021, that number had increased to 52,563, making melatonin the most frequently consumed substance among kids reported to the system. During the time period of 2012 to 2021, 260,435 melatonin ingestions reports were made, making up 2.25% of all juvenile ingestion reports made.

The majority of incidents involved accidental overuse in boys age 5 and younger, most commonly due to the children finding and consuming the medication on their own.

To arrive at those numbers, the decade-long study assessed data from the American Association of Poison Control Centers’ National Poison Data System (NPDS).

How does melatonin impact kids?

Though melatonin is a hormone produced by the human body, the impact of the supplement on children is largely unknown, since research for children has been quite limited. Generally, children’s dosages are smaller, but should be used sparingly. For the reported accidental overuse cases from 2012 to 2021 above, 82.8% of the juveniles were asymptomatic and able to be managed at home.

However, 27,000 children were taken to a health care facility for treatment of reported symptoms involving gastrointestinal, cardiovascular, or central nervous system issues, including nausea, drowsiness, abdominal pain, and vomiting. Among those young patients, close to 20,000 (71.6%) were discharged, about 5,000 (14.7%) were hospitalized, and 287 (1.0%) required intensive care.

And there were more serious outcomes, as well. Five children required mechanical ventilation, and two died. Both deaths occurred at home, and both involved young children, one aged 3 months and the other aged 13 months.

The study should raise safety questions

According to the study’s lead researcher, Dr. Karima Lelak, pediatric emergency medicine physician at the Children's Hospital of Michigan in Detroit, this study should raise several safety red flags.

Though melatonin is generally considered safe for adults, as a dietary supplement, it is regulated as a food rather than as a drug. Food supplements are subject to far fewer regulations than drug supplements. Not only can dietary supplements interact with certain medications or medical conditions, but they’re not tested for safety, potency, or effectiveness, meaning the labeled dosage can sometimes vary dramatically from the actual dosage.

“The reliability of melatonin supplements varies widely,” says Jenna Gress Smith, Ph.D., clinical psychologist, and sleep medicine specialist. “One study found an incredibly wide range in how much melatonin supplements contained: Some had 83% less than marketed, while others had nearly 500% more. That’s a problem, of course, because you — and your kids — could easily end up taking an unintentional higher dose through no fault of your own.”

While melatonin is sold in tablet, capsule, and liquid form, studies indicate that the most variation was found in chewables, those sweet-flavored gummies that kids could easily mistake for candy, with one sample cited in the study containing 478% more melatonin than the label promised.

One study found serotonin, a much more strictly controlled substance, in 26% of the tested supplements. That level of serotonin, which results when melatonin is broken down, could pose an increased risk for serotonin toxicity in children.

How to keep melatonin away from children

Lelak made a point of mentioning that child-resistant packaging for melatonin “should be considered” and that health care providers need to better warn parents about the supplement’s “potentially toxic consequences.” Consumers and health care professionals should be encouraged to report any melatonin-product–related adverse events to MedWatch, the FDA’s medical product safety reporting program. Public health initiatives should focus on raising awareness of the increasing numbers of excess melatonin ingestions among children and on the development of preventive measures to eliminate this risk.

“There are other practical steps that can be taken immediately,” says Smith. “Parents need to treat melatonin in their home like any other medication, especially if it looks like an enticing gummy snack. Melatonin of all types should be on a shelf in your medicine cabinet with cold medicine or Advil, and out of the reach of kids. And if you do give your child melatonin, it should be given only under supervision.

“It’s no wonder parents are grasping for solutions to improve their kids’ sleep. The American Academy of Pediatricians estimates that 25-50% of children and 40% of adolescents struggle with their sleep. Tired kids can struggle emotionally, behaviorally, and academically, sending parental stress levels soaring,” says Gress Smith, a mother of two young girls herself. Given the statistics, it’s understandable that parents would want to help. However, turning to melatonin isn’t the solution Smith urges. “Using gummies/pills/supplements for sleep can send an unintentional message that sleep is fixed by substances, which research has helped us understand is not the case.”

But parents should not be discouraged. “Behavioral strategies and a consistent schedule can work wonders,” adds Smith, “as can consulting your pediatrician for other ways to manage children’s sleep problems/issues.”