What to Know about Menopausal Hot Flashes and Sleep

You shouldn’t have to sweat and suffer through these menopause symptoms. Learn what causes hot flashes and how to manage them. 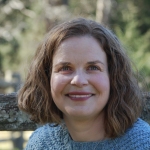 They seem to come from out of the blue. Even those of us who have never had a hot flash can probably recognize the symptoms: the overwhelming heat spreading across the chest, neck, and face; the flood of perspiration; the accompanying red, blotchy skin; feelings of anxiety; and chills as the hot flash passes.

Hot flashes can occur at any time of day, striking during that first cup of coffee, or a mid-day stroll, or even in the middle of the night, when they’re known as night sweats. More than two-thirds of North American women report having hot flashes during perimenopause and menopause, according to the North American Menopause Society.

Their disruption of the body’s temperature regulation process means that hot flashes around bedtime and during the night can disrupt sleep, according to Dr. Jessica Shepherd, an OB/GYN and women's health expert in Dallas, Texas. And anywhere between 39 to 47% of perimenopausal women and 35 to 60 percent of postmenopausal women report sleep difficulties.

“A lot of women don't realize that their sleep disturbances are due to that change and transition in life, so they don't necessarily report it, or complain of it,” Shepherd says.

Menopause is a normal part of the aging process for women. Many of our grandmothers simply called it “the change.” Most women experience menopause between the ages of 45 and 55, but menopausal symptoms can begin in your 30s and last well into your 60s.

A woman officially enters menopause one year after her last period, but hormones can begin shifting several years prior to that. And it’s these fluctuations that Shepherd says can cause some of menopause’s tell-tale symptoms, such as changes in the frequency and duration of periods, as well as shifts in sex drive, mood swings, changes to body size/shape, and, yes, hot flashes.

Although scientists don’t know exactly what causes hot flashes, they have several ideas about why they might occur. As estrogen levels drop off during menopause, a woman’s body thermostat begins to reset itself. Hot flashes may be a side effect of that reset process. Researchers have also found a close relationship between surges of hormones known as LH (luteinizing hormone) and GnRH (gonadotropin-releasing hormone) and hot-flash symptoms. Other ideas suggest hot flashes may be caused by changes to the circulatory system.

Whatever their cause, hot flashes can range from mild to intense, last from minutes to hours, and occur anywhere from several times each day to just occasionally. Two out of 10 women never experience hot flashes at all, whereas others can experience them for more than a decade. On average, women tend to have hot flashes and/or night sweats for around seven years.

Hot flashes are not mere discomfort, but deep, molecular level interruptions, particularly during sleep. These chemical pulses are also thought to interfere with the normal circadian rhythms of melatonin production.

Scientists used to think that melatonin was only produced by a small part of the brain called the pineal gland, and that its production was triggered each day as sunlight faded. A rise in melatonin makes you feel slow and sleepy — the exact sensations that help you drop off to sleep.

Newer research, however, shows that not only do cells around all parts of the body respond to melatonin’s sleep signals, but various parts of the body can also make this important hormone. But as we get older, our bodies make less melatonin, which weakens the ticking of our internal clock. At midlife, many individuals who never had sleep problems before suddenly report problems falling asleep and staying asleep.

So scientists have suggested that replacing falling levels of the body’s own melatonin with an over-the-counter supplement may counteract some of these insomnia symptoms. Many women find a 3-milligram dose is enough to help them transition to sleep without making them unduly groggy in the morning, Shepherd says.

Some small studies in menopausal women have not only shown sleep benefits in those who took melatonin, but they also showed improvements in other menopausal symptoms, such as mood swings, depression, and hot flashes.

Other sleep problems from menopause symptoms

Problems falling asleep and staying asleep can also occur as a result of other menopause symptoms. Overactive bladder can wake you up multiple times during the night, and even if you fall back asleep quickly, you’re still losing out on a significant amount of Zzz’s. Other women report that even if they don’t have any obvious sleep problems, they no longer wake up feeling rested.

And according to Shepherd, insomnia can also make other menopause symptoms worse.

“It’s a vicious cycle,” Shepherd says, as worsening menopause issues make it even harder to sleep.

How to prevent hot flashes through diet and lifestyle changes

Although there’s no surefire way to prevent a hot flash, Shepherd recommends avoiding these common triggers to reduce their frequency:

Of course, many of these are easier said than done, but Shepherd says that they may be worth trying if you want hot-flash relief without taking medications.

Some foods contain plant estrogens, such as isoflavones. As part of a balanced diet, these chemicals are broken down by bacteria in the gut and the resulting metabolites mimic the effect of estrogen. Plant estrogens in the following foods may help reduce the frequency and severity of hot flashes:

How to reduce hot flashes at night and get relief

Although these strategies can be effective in the long-term, they don’t always help right away. These sleep hygiene practices may provide more immediate help:

Try these products to help you sleep

When it comes to products for night sweats and hot flashes, Shepherd recommends wearing loose, breathable underwear and pajamas, especially those made from cotton and natural fibers. These let more air through and help cool the body.

Your PJs not helping enough? Try sleeping in the nude. If you do have night sweats, you won’t wake up with clingy, sweat-soaked garments that need washing. And without the extra, damp layer, you might get less chilled after the hot flash has passed.

Medications that might help with menopause symptoms at night

Sometimes, no amount of health hacks and DIY remedies will help. So Shepherd says that these medications (including over-the-counter supplements and prescription drugs) may help with insomnia from hot flashes and other menopause symptoms:

Supplements may also support your sleep when menopause symptoms keep you up. For example, ginseng may help relieve menopause-related mood swings and insomnia, but doesn’t appear to reduce hot flashes. There is also valerian root and St. John’s wort, two herbal remedies that doctors generally consider safe and some small studies have shown to be effective in reducing hot flashes

A holistic perspective for hot sleep

The good news about hot flashes is that they don’t last forever. And even if you can’t completely get rid of them, Shepherd says many of her patients find significant relief by taking some simple, daily steps to feel better. And sleeping better, she says, can make your whole life better.

“Sleep is a very big part of our overall wellness and health, and we sometimes underestimate sleep. We need to address it from a holistic perspective and find out what is triggering that and then get to the root of that issue,” she says.