Which Side of the Bed Is Best for Sleeping?

When it comes to where to sleep, sometimes, it just comes down to personal preference. 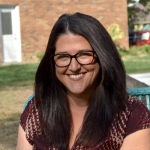 Someone in a grumpy mood is said to have woken up “on the wrong side of the bed.” But is there truly a “right” side? I conducted a quick social media poll asking about sides, and found that where we like to sleep on the bed is a deeper issue than just right versus left.

One respondent stated she had to be the side closest to the door for security reasons. Another mentioned she sleeps on the right side because that’s the side closest to the outlets. One admittedly laid-back fella reported himself to be completely neutral, you can toss him anywhere! And then there was the gentleman who, come hell or high water, had to sleep on the right side. He’s even ended relationships over it.

Sounds serious but there may be an evolutionary and developmental reason for side preferences. We dug into the history and science behind bed sides and got professionals to find out: Do bed side preferences really reveal a truth about our personality?

How Do We Develop Bed Side Preferences?

The side of the bed you choose can be a result of routine and familiarity, which develop in different ways. Dr. Richard Bogan, medical director of SleepMed of South Carolina and president of Bogan Sleep Consultants, suspects that the relationship between people and sleep sides is connected to our bedtime routine during our infancy.

“It’s a process called accommodation,” says Bogan. “It’s the ritual you go through prior to sleep. You brush your teeth, you put on your sleep clothes, you climb into your side of the bed. Not unlike when we feed, rock, and put a baby to bed.”

Common to most rituals, the process you practice the most before going to bed is the one that becomes your bedtime routine. “It’s a Pavlovian response,” explains Bogan. “When I crawl into my side of the bed, with my favorite pillow, my brain knows it’s time to sleep.”

Any routine that’s done with consistency and frequency can become a habit. This part of the accommodation response is known as stimulus control, or consistently using something that arouses a psychological or behavioral reaction.

If everything is not in place, for example, your pillow isn’t there or your side is unavailable, and you have taken steps to get comfortable, then the decision to snooze starts to become less organic, wreaking havoc on people’s rest.

“For some people, change of stimulus control is a big deal,” Bogan says. For people with insomnia, creating good sleep hygiene through stimulus control and cognitive behavior therapy may be part of their treatment for better sleep. These instructions include having a regular wake time to only using the bed for sleep.

What Do Our Sides Say About Our Personality?

Bogan reminds us that personal preference for comfort — be it relationship comfort or bed comfort — plays a role here. This could mean that everything from how the room is set up to who your partner is will play a larger role in choosing bed sides.

For example, Bogan speculates that “some people may like to face something or have something in front of them. Others may feel claustrophobic, and will want to face away from people.”

So the desire to stick to your side could be a mix of personality, practicality, and self-fulfilling prophecy.

Type #1: You Seek Safety and Survival

“Evolutionary perspective would suggest that we have a preference for safety when choosing where we sleep,” says Egan. Evolution doesn’t just refer to historical reasons either. For some, traumatic events can shape one’s response for which side of the bed makes them feel safer.

In a 2010 study, participants were asked to arrange pieces of furniture in a room based on their sleep comfortability. “When it came to their preferences, participants prioritized safety,” explains Egan. “Having a view of the door but being sufficiently far away from it, to observe and respond to potential threats. So that could be playing a role in whether people sleep on the left or ride side of the bed.”

While the choice of side might be rooted in something more instinctual, the willingness to be flexible when it comes to sides might say a bit more about the person’s demeanor. If you’ve never flip-flopped on your side, even when staying over at a partner’s or friend’s, you might not be big fans of change or upheaval, according to Egan.

“There are certain individuals who have a very strong need for routine and sameness,” says Egan. “Their personality type is probably low in openness to new experiences. They just need for things to be traditional and the same.”

Individuals with sensory processing issues may also have a difficult time foregoing their side of the bed.

For those who are more bendy when it comes to side of sleep, Egan speculates a more selfless nature. “I think I would expect a person who doesn’t have a preference for a side of the bed, to be relatively high in the personality trait agreeableness,” says Egan. These types of individuals prioritize getting along as opposed to getting their own way.

“I would also expect this type of person to be higher in openness to new and novel things, and to not have a strong preference for tradition.”

Speaking of tradition, there are people who shirk sides all together. You can find them sleeping at the foot of the bed, in the middle, or sprawled out across it.

While Egan says such sleep patterns would be highly unusual behavior, they are not totally unheard of. “Sometimes people just want to be intentionally different,” says Egan. “Optimal distinctiveness theory says, ‘Yes we want to fit in with our in-group, but we want to be just different enough in tolerable ways to give ourselves uniqueness and personality.’”

Although the least scientifically researched, left- and right-side sleepers have been widely surveyed by various companies, especially in the United Kingdom.

In 2012, a UK hotel chain called Premier Inn surveyed 3,000 adults and found that 75% of the participants felt it strange to sleep on the other “wrong” side of the bed. A quarter of these folks also claimed sleeping on the other side would affect their mood the next day.

However, these personality associations are likely more interesting watercooler talk rather than science-backed assertions. It's far more like that your personality and preferences determine which side of the bed you sleep on, than for the bed side to help shape your personality.

There Is No “Wrong” Side of the Bed

If having a set-in-stone side makes conversations and future decisions easier, then there is no wrong side of the bed — regardless of where other people think you should be sleeping.

“We have so many choices to make in any given day that we kind of need default responses to the type of decisions we make on a frequent basis,” says Egan. “So by just having a side of the bed that we sleep on that relieves the need to make one additional decision at the end of the day when we are already cognitively drained from the millions of other decisions we have made over the course of the day.”

When choosing a side of the bed, experts and individuals say there are key influencers of comforts to consider. Choosing a side isn’t just about left or right, but about what kind of habits you are developing. If you’re choosing to sleep on the right because it’s close to an outlet, you may find yourself up doomscrolling more often. But if you might have the rare and fantastic skill of self-control, sleeping near an outlet may subside the anxiety of your alarm not going off.

There is also the issue of settling sides with your partner. While many people can navigate the adjustment from one side of the bed to the other, for others the change may trigger a stronger response.

“If we have to sleep on the other side that may trigger some psychological reactants,” says Egan, referring to the unpleasant feeling you can get when you perform an action that goes against your values or beliefs — or, in this case, personality. “We don’t like to feel that our free will is infringed upon, and we prefer things that are consistent with our past behavior because it elicits less cognitive dissonance.”

Much like a fitted sheet, the matter of sleep sides is complicated. Whether you hit the hay to the left, or doze off to the right, the side you sleep on is only as important as you make it out to be. In fact, when it comes to choosing sides and having preferences, one thing about bed sides is for certain: the best side of the bed is the one you’re willing to communicate from.

Ready to develop better sleep hygiene? We’ve got quick facts on sleep, essential elements for the best bedtime routine, and advice for couples sleeping together.

Angela Hatem enjoys piña coladas, getting caught in the rain, and obviously yacht rock. When not checking her son's ears for wayward Cheerios, Angela has is a freelance contributor with bylines in; HuffPost, Parents, Lifehacker, National Geographic, The TODAY Show, Motherly, Well+Good, InStyle, and Shondaland. Follower her on Twitter & Instagram.
Read Next:
This Sensory Grounding Technique Is a Calming Way to Get Ready for Bed
Because sleep isn’t just about having the right bed – it’s also about being in the right state of mind.
Learn more
Here’s the Ideal Amount of Sleep by Age for Kids and Adults
The average adult needs 7 to 8 hours of sleep, but that’s just a guideline. Here’s how to tell how many hours you really need.
Learn more
How I Learned to Listen to My Body and Prioritize Sleep as a Professional Chef
Sleep brings balance to my life. Here’s how I learned to change restaurant culture by embracing self-care.
Learn more
What Is a Sound Bath and How Can It Help You Sleep?
This form of meditative therapy is also called sound healing, and it can help reduce tension and pain, and can lead to better sleep.
Learn more
Is ‘Beauty Sleep’ a Real Thing?
There’s a proven connection between your skin and what happens during sleep.
Learn more
Recommended for You
The “Tech Tuckaway” Is the DIY Nightstand Hack You Never Knew You Needed
Learn more
How to Hack the Bedroom-Office Set-Up
Learn more
Sleepover-core Is the Reason You Should Host a Slumber Party
Learn more
8 Design Tips to Make the Most of Your Small Bedroom
Learn more
How to Upgrade Your College Dorm Bed for Better Sleep
Learn more
A Designer’s Guide to Decorating the Post-Grad Bedroom
Learn more
Trending Now
What's Waking Americans Up at Night
Learn more
20 Sleep-Deprived Cities in America
Learn more
The Surprising Effect Summer’s Long Days Have on Americans’ Sleep
Learn more
27 Top Sleep Questions, Answered by the Experts
Learn more
7 Reasons to Start Sleeping Naked Tonight
Learn more
Which Sleep Position Are You Most Likely to Fall Asleep In?
Learn more