This week, researchers dug into whether sleepy mosquitoes are less likely to come buzzing. 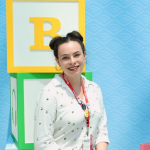 Here’s the sleep news for this week:

Mosquitoes are less likely to bite if they’re tired

Most of us know that missing out on sleep comes with consequences, but it turns out that it holds true for insects, too. The Journal of Experimental Biology published a report on June 1 that sleep-deprived mosquitoes will choose to catch up on sleep in lieu of feeding. Researchers studied two groups of mosquitoes, one group that was fully rested and one group that was sleep deprived. They found that the insects ate 54% less often than when they were well rested.

Stress and sleep during a pandemic

We’ve all seen a lot of changes in our day-to-day lives during the COVID-19 pandemic, and detailed many of the qualitiative and quantitative changes in our annual report, Sleep Uncovered. Now, a new study in the June 1st edition of Sleep shares additional findings. The study evaluated a group of 191 adults that were 18 or older and had them complete a survey that looked at sleep duration, efficiency, perseverative cognition (responsible for racing thoughts and worry), and daily stress levels.

The sleep schedule of firefighters

Career firefighters have to be ready to respond at a moment’s notice, and many firefighters work irregular shifts that require irregular sleep schedules. A new study looked at the daily relationship between total sleep time and sleepiness throughout a firefighter’s shift. Over 36 days, scientists studied the data of firefighters’ sleep when they were on a 24-hours-on, 48-hours-off schedule compared to 48-hours-on, 96-hours-off schedule. The findings showed that firefighters experienced an inverse relationship between the previous night’s total sleep time and afternoon sleepiness. The shortest amount of total sleep time occurred on commuting days; firefighters began their shift with insufficient sleep and drove home with insufficient sleep. The results of this study further encourages firefighters to prioritize sleep so they can start their shift and commute home well rested.