What Is Sleep Latency, and How Does It Change as We Age?

Ever look at your sleep tracker and see sleep latency as a marker? Here’s what it is, what it’s measuring, and why it changes as you age. 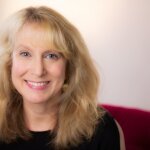 Many people expect to fall asleep right after their head hits the pillow, but it doesn’t always work out that way. If you’ve ever climbed into bed and waited and waited and waited for sleep to set in, you’re personally familiar with delayed sleep latency (a.k.a. sleep onset latency), though you may not have known there was a name for it.

Sleep latency often shows up as a marker in sleep trackers, but many people have misconceptions about what it is and what it means. “Sleep onset latency is the term for the time between when someone gets into bed and when they fall asleep,” explains Dr. Chris Winter, sleep neurologist, Sleep.com sleep advisor, and author of “The Rested Child.” “In technical terms, it’s the time between when a technician turns the lights out during a sleep study and when an individual's EEG rhythm transitions from the alpha rhythm of wakefulness to light sleep.”

Sleep onset latency is an important variable in sleep research because it reflects whether you are getting enough good quality sleep — but it may not do so in the way that you think. While you may assume getting to sleep quicker will lead to better quality sleep, falling asleep right away may actually be just as concerning as taking a very long time to fall asleep. “If an individual's sleep is lacking in quality or quantity, it generally decreases sleep onset latency. [In other words] the individual falls asleep faster,” Winter explains. “Imagine pulling an all-nighter, and then hopping into bed the following night: This generally reduces the time it would take to fall asleep, as your brain is getting pretty desperate for sleep at this point.”

What this means is that falling asleep faster isn’t necessarily the goal. In fact, a sleep onset latency of 15 to 30 minutes indicates good sleep quality, notes Elie Gottlieb, Ph.D., applied sleep scientist at SleepScore Labs. “Anything less may be a sign of sleep deprivation, and significantly longer may be a sign of an underlying sleep or health condition.”

How sleep onset latency changes as we age

To examine patterns with sleep onset latency, we teamed up with SleepScore Labs, our partner in sleep data and science expertise. Based on data from nearly 26,000 people, ages 17 to 90, they found that the time it takes to fall asleep increases slowly but steadily as people get older; in fact, each decade that passes is associated with an additional minute of sleep onset latency.

“These findings from SleepScore Labs highlight that older adults shouldn’t expect immediate or dramatic changes to the time it takes them fall asleep,” says Gottlieb. “These analyses reveal slow and steady increases to sleep onset latency across the lifespan from an average of approximately 20 minutes at age 20 to 26 minutes at age 80.”

But why does it increase with age? It’s complicated, and several factors are involved. For one thing, “we generally require less sleep as we age, yet older individuals often find themselves with more time to sleep, particularly after retirement,” Winter says. “Declining activity levels and rising levels of sleep disorders [such as sleep apnea or insomnia] probably contribute as well.” What’s more, older adults typically have a reduced amount of deep sleep, which “can often make it feel like they are sleeping less or taking longer to fall asleep than is actually the case,” he adds.

While there isn’t a significant difference between men and women when it comes to how long it takes to fall asleep, there are differences between different chronotypes, genetically determined circadian rhythms that affect when you want to sleep or be awake. The SleepScore Labs data found that evening types take slightly longer to fall asleep than morning types do, and this pattern persists as people get older.

“Previous research has shown that morning-type circadian preference is associated with better sleep quality and shorter sleep latencies, which are supported by these findings,” Gottlieb says.

Another interesting finding: Regardless of chronotype, people generally fall asleep more quickly on weekend nights than they do on weekday nights, but this gap decreases as people get older.

Other factors that can influence sleep onset latency include anxiety or stress, consuming certain foods, exercising late in the day, the use of certain medications, anticipating phone calls (such as a doctor on call), the use of digital technology into the evening, physical discomfort, and the presence of other medical conditions (such as chronic pain), Winter says. A study in the July 2020 issue of Frontiers in Neuroscience found that when people performed a stressful task before bedtime, they experienced longer sleep latency and longer reaction times to prospective memory (memory for future goal-directed behavior) the next day.

“[While] speed to unconsciousness should not be the goal of a healthy sleeper,” Winter says, there are steps you can take to set yourself up to fall asleep relatively quickly. For starters, keep a regular sleep-wake schedule, with consistent bedtimes and awakening times, so that your brain and body get the message that it’s time to snooze when bedtime rolls around.

Second, try adjusting your attitude. “Stop worrying about a process that is always going to happen at some point or another — anxiety about falling asleep is enemy number one to sleep onset latency,” Winter says. “Accept the fact that from time to time, it's going to take a while to fall asleep.” Winter recommends learning to enjoy the time you spend resting, rather than viewing it as a stressful failure to fall asleep.

Doing aerobic exercise in the late afternoon or early evening — but not too close to bedtime — can help with a variety of sleep issues, including benefiting sleep onset latency, research has found. The type of activity is entirely up to you.

Give yourself a digital curfew

Turning off smartphones and other electronic devices before 9 p.m. has been shown to correlate with an earlier onset of sleep. This may be at least partly because the blue light that’s emitted by these screens interferes with circadian regulation and delays the release of the sleep-promoting hormone melatonin.

Take a shower before bedtime

A study in a 2017 issue of the European Journal of Sport Science found that when soccer players took a hot shower for 10 minutes before lights out in the evening, they fell asleep seven minutes faster than when they didn’t shower. The theory is that the hot water promotes thermoregulatory changes that advance sleep onset and improve sleep efficiency, which is the percentage of time spent asleep while in bed.

Inhaling the aroma of tangerine oil before bedtime reduces sleep onset latency, according to a study in a 2020 issue of the journal Molecules. Simply put, exposure to the scent alters brain waves in ways that have a sedative effect.

Warm your feet before turning in

Taking a warm foot bath and wearing socks to bed can accelerate sleep onset in adults, according to research in a 2007 issue of the journal Physiology & Behavior. The theory is that the rapid warming of the feet sends a sleep-inducing signal to the brain.

“If you find it always takes at least an hour or more to fall asleep, don't be afraid to go to bed 30 to 60 minutes later,” Winter advises. “Listen to your body — it will tell you what it needs!”