How to Resist Revenge Bedtime Procrastination

If you don’t get time to yourself during the day, it can be tempting to sacrifice your sleep for “me time” at night. 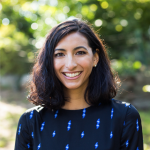 When Christina, a biomedical engineer and graduate student, wraps up her night class at 10 p.m., she doesn’t go to bed — despite having an early wake-up time.

“I feel like it’s the only ‘me time’ I get between work, school, my dogs, and my husband,” she explains. Instead of heading to bed, she plays video games or catches up on TV for another hour or two.

Maybe instead of going to bed, you choose to continue doomscrolling on your phone. Or watch another episode of whatever. Or read a book.

Whatever your non-sleep activity of choice, the very act of not-sleeping puts you in good company of all those who’ve given in to revenge sleep procrastination.

What is revenge bedtime procrastination?

The concept of staying awake even though nothing is preventing you from going to bed is so well-known that it has a name: Bedtime procrastination. In research thus far, it’s typically been found to be a matter of self-discipline — or the lack thereof.

But these days, it’s given rise to a newer, but related phenomenon, known as revenge bedtime (or sleep) procrastination.

As mentioned in a viral tweet by writer Daphne K. Lee, bedtime procrastination as an act of revenge became widespread in China in the early days of the Covid-19 pandemic — the recipient of revenge being authority or societal norms like masks. (Experts have yet to come to a consensus about what exactly triggered it.)

That said, the concept of revenge sleep procrastination isn’t unique to the pandemic.

“This is a trend I’ve seen for years with women who are going, going, going,” says Shelby Harris, Psy.D., licensed clinical psychologist and author of “The Women’s Guide to Overcoming Insomnia.” They’re taking care of kids, going to work, and returning home only to tackle dinner, handle homework, or get ready for school the next day — like a hamster wheel of responsibilities. “They feel they don’t have a moment to themselves,” she explains. “As a result, they just want some time to ‘do nothing’ and decompress.”

Sleep tends to be the easiest thing to sacrifice, says Harris, as we see it as time we could spend doing more enjoyable things.

Why revenge sleep procrastination is so appealing

For many, the pandemic has led to the lack of a set schedule (not to mention an overall blurring of time).

This has interfered with the typical boundaries demarcating work, family, personal time, and other obligations, whittling down the usual pockets of spare time in the process. Even the commute has become obsolete for those working from home.

“Now, I don’t even have the alone time on my drive to work,” says Christina.

Similarly, Harris says, the typical hours at which you go to bed and wake up have become fluid for many. As a result, “we often push bedtime later and sacrifice a routine wake time,” she explains.

The lack of structure and predictability amid a pandemic has also created a need among many to exert control in some way. That often happens by staying up late to do or enjoy what we want — sleep be damned— which gives us a feeling of autonomy over our circumstances. If bedtime procrastination is a form of revenge, it’s retribution against yet another thing we can’t control, others dictating what we can or cannot do, or some combination of the two.

“This revenge bedtime procrastination feels almost like we’re trying to act out against these rules and create our own environment,” says Harris. “Even if the only one it hurts in the long run is the one getting less sleep."

How to address revenge sleep procrastination

Unfortunately, just being aware of your own self-sabotage usually isn’t enough to stop it — clearly. But a few strategic moves can nudge you towards going to bed at a reasonable time.

First, dedicating time to decompress with a hard stopping point, such as 10 to 11 p.m., can help you regain a sense of control over your schedule.

“Definitely set aside time for unwinding, at least an hour,” says Harris. “But instead of ‘auto play’ on the TV, have each episode stop at the end of the episode instead of going directly into the next one. That way, you don’t zone out.” If you’re reading or scrolling on your phone, set a timer so you know when to call it a night.

Whether you glance over your to-do list or check the family’s schedule, “Think about how much more productive you’ll be in your daily life if you aim to get enough sleep on a regular basis,” says Harris. This can also kick off a beneficial cycle: If you have the energy to tackle projects or tasks at home efficiently, it may then give you more time to yourself in the evening.

And if time is scarce to begin with, try doing an audit of your daily responsibilities. Harris recommends sorting your tasks into three buckets: “Must do,” “should do,” and “this can wait.” Anything that falls into that last bucket can (and should) be bumped in favor of that dedicated you-time at night.

Ultimately, Harris says, “The more you can prioritize things and let things go, the easier you’ll find time to unwind at night without sacrificing bedtime.”

READ NEXT: 7 Essentials of a Great Bedtime Routine