How to recognize the signs of sleep deprivation and sleepiness in children. 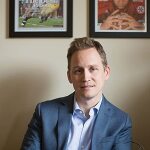 Reprinted with permission. This excerpt has been edited for online viewing.

For most children, the most consistent sign of sleep deprivation is excessive daytime sleepiness (EDS). Excessive daytime sleepiness is exactly as it sounds — a child who is exhibiting a strong drive to sleep during the day, or time in which he should be awake. Think of it as a brain seeking sleep because the amount it received at night was not enough to satisfy its need.

Generally, EDS is easy to spot. Think of a mother falling asleep during her kid’s school production of West Side Story. (In Mom’s defense on that one, her kid was Jet #3, and as such did not have the most wake promoting part, although he really did his best in “Jet Song.”) While Mom’s sleepiness is obvious, spotting inadequate sleep-in kids is not always so easy. Young kids often do not manifest excessive daytime sleepiness in the same way adults do. We often say that children seem to “spiral up” when they are sleepy. Instead of the classic sleepy guy in a long college lecture, eyes heavy, head bobbing, sometimes quite dramatically, kids can seem hyper and overexcited. Perhaps they run naked through the house with their underwear on their heads like hats, laughing hysterically. Hardly the grandpa-sleeping-in-the-La-Z-Boy look.

For children, sleepiness is often an uncomfortable feeling they want to fight. Their sleepiness can often make them moody, irrational, and inattentive with significant deficits in emotional regulation. Therefore, symptoms of extreme sleepiness are often overlooked. The last words some parents would use to describe these kids would be “sleepy.

So how does one go about evaluating their child for inadequate sleep and the often-occurring excessive daytime sleepiness? For infants and very young children, it can be hard. Babies sleep a lot. A sleeping baby is not typically something that many people will question too aggressively.

As children mature and there is a natural reduction in sleep need, inadequate sleep may be easier to spot. Comparisons with other children or conversations with other parents or teachers may suggest that your child is sleeping too much outside the designated sleep window. Is your child seeking sleep either intentionally or inadvertently during normal waking hours? Is she falling asleep in unusual places (in the shopping cart while buying groceries, on the bench during a baseball game)? If there are concerns, there are some validated assessments to help you determine the degree of your child’s sleepiness.

One assessment commonly used to evaluate sleepiness is the Epworth Sleepiness Scale for Children and Adolescents (ESSCHAD). While it has been validated for only kids twelve to eighteen, even in ages outside that range, it can still serve as a useful tool to get the ball rolling!

Here is how it works. If you think your child can answer some simple questions, give them the following scenarios. Ask them to imagine themselves in these eight situations and determine how likely it would be for them to fall asleep.

Once you have answered the questions, tabulate the numerical sum of the answers, and you now have your kid’s ESSCHAD score. How did she do? Interpreting the results are easy: scores ten and above indicate excessive daytime sleepiness.

The ESSCHAD is a powerful tool. While I’m introducing it in this chapter, it can be useful throughout this book (and in the assessment of your children) to screen for an artificially high drive to sleep. It does not differentiate between intrinsic and extrinsic causes... only whether sleepiness exists. The nice thing about the scale is that it is completely objective. As an example, a parent who is a sound sleeper may be totally in the dark about his child staying up too late. This study does not rely on the detection of the behavior (or disorder) . . . just its consequence.

There are lots of potential causes of excessive sleepiness in a child. I like to divide them into intrinsic and extrinsic causes.

Much of this book is devoted to the specific intrinsic causes of excessive sleepiness. Often, the diagnoses are found and treated only because a parent observed excessive sleepiness in their child, despite adequate sleep, and started asking questions! Each of these causes will be dealt with specifically in their own chapter. This chapter focuses mainly on the extrinsic or environmental causes of inadequate sleep.

Let’s start with the basics. The first question to ask when a child is displaying signs of excessive daytime sleepiness is simple. Is your child getting enough rest? A basic lack of sleep quantity will almost universally lead your child to display signs of excessive daytime sleepiness. Does your child stay up too late reading or watching television? Children of divided families are particularly at risk of staying up too late, as shown by University of Pennsylvania researcher Brittany Rudd’s 2019 investigation of divided families and the impact on sleep. A child may be going to bed on time in one home, but permitted to remain awake in the partner’s residence. This permissive behavior is a way parents attempt to gain favor with children. In fact, studies show that television and portable electronics are the number one factor in children getting inadequate sleep. I am doubtful that this is particularly earthshattering news. If you feel like your daughter’s incessant need to read ahead in her statistics class is the main issue, you might be an outlier here.

I do not think it is necessary to beat this topic to death. Is your child showing signs of excessive sleepiness? Is your child spending too little time in bed? I think you know what the intervention is . . . an earlier bedtime and more sleep. If you can make this happen easily, great. Do it and skip to the end of this chapter.

But telling a parent they just need to get their kids to sleep more is a bit like telling someone that the solution to their obesity is simple — just lose weight. Perfectly easy to say and almost impossible at times to achieve. To me, the obstacles preventing your child from getting adequate sleep are like the levels of a video game. Level one is simply trying to get your new baby on some kind of schedule that makes sense. It is the first level of Donkey Kong. A little tough initially, but once you figure out how the barrels roll, it is pretty easy to master.

Subsequent levels are not as easy. As your child begins to mature, stalling before bed and fighting sleep is common. The limit setting strategies we covered in the previous chapter are essential for helping to mold sleepers who seek adequate time in bed. Again, these issues are pretty self-limited if parents can maintain some kind of schedule regularity.

The next level(s) relates to school, and suddenly much of the control over your child’s schedule is taken out of your hands. In my opinion, school is the clearest and most present threat to your child getting a healthy amount of sleep. If the COVID crisis has taught us anything, it is the fact that the removal of a rigid, in person school schedule has resulted in a dramatic increase in sleep time for many children.*

(*For my kids, the increase has been profound. The delay of school start times and the removal of early morning swimming and rowing practice has made the change even more remarkable. While it is only the results of two kids, both of my boys (ages fifteen and eighteen) began growing more rapidly during this time. While access to a refrigerator all day long could be the explanation, I choose to believe that the enhanced growth hormone secretion accompanying the increase in deep sleep acquisition is the cause.)

Dr. Bobbi Hopkins, pediatric neurologist and medical director of the Johns Hopkins All Children’s Sleep Clinic recently said, “These kids are sleeping longer; closer to the recommended amount of sleep because they have time to do so.”

"The Rested Child: Why Your Tired, Wired, or Irritable Child May Have a Sleep Disorder — and How to Help" by W. Chris Winter, M.D. is a comprehensive guide for parents to learn about which sleep disorders can affect children and adolescents. Order this at Amazon.com.