If mornings are not in your nature, you can still nurture your way to a better early start. 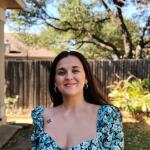 Some people roll out of bed perky, energized, and ready to take on the day. For anyone else, there’s probably a bit of morning-person envy. After all, school and much of the working world are organized to start in the morning.

But waking up early is more than a matter of getting to sleep sooner — your ability to rise and shine is due in large part to circadian rhythm. Different people have different circadian typologies, or chronotypes, that shape when they feel alert, and how energized they feel at different times of the day and night.

“Once you know your chronotype and understand how your internal clock works, you can better synchronize it with your daily activities in order to use your time most efficiently and define your peak productivity times,” says Holly Schiff, PsyD. As a licensed clinical psychologist, Schiff treats sleep disorders through psychotherapy.

Chronotypes are broken into four categories:

Those who can fit the latter two chronotypes and hold traditional nine-to-five jobs may not have the most fun starting out their day. But even as a night owl, you can improve your wake-up experience and mitigate your morning fog.

How to make mornings a tad easier, as a night owl

Chronotypes do not influence total sleep time, Schiff shares. Rather, they can help you understand how your state of alertness fluctuates throughout the day and make more informed decisions about your daily activities.

As a non-morning chronotype, this means setting realistic expectations and remembering to recognize your progress every few weeks is a gentle way to improve your morning routine. Especially if you are spending it the way you want to.

How to transition into a (slightly better) morning person

To start with waking up closer to your desired time, you’ll need to tinker with your sleep hygiene and bedtime just a little. “Waking up feeling refreshed and energized begins with your habits the night before,” says Schiff.

1. Get the timing right for your night meals

Be wary of anything that may negatively impact your digestion and circadian rhythm. Research shows that night owls are heavier caffeine and alcohol consumers, and generally opt to skip breakfast in favor of heavy nighttime meal consumption.

2. Wind down hours earlier than normal

As a night owl, you may be used to staying up late to get things done. Set an alarm to trigger your pre-bedtime relaxation routine earlier than your bedtime. This can include taking a warm bath or reading a book, which helps signal the brain to enter sleep mode.

Say goodbye to social media or texting at least one hour before your planned bedtime.

“Our phones and laptops emit blue light, which signals to our brain that it is daytime, which in turn produces less melatonin,” Schiff says. Allow yourself to unplug by silencing notifications.

4. Only set one alarm and don’t hit snooze

Yes, you will struggle in the beginning, but the more you stay in bed after waking up, the more difficult it will be to get up and fall asleep. “It tricks your brain into thinking your bed is used for more than sleeping, which makes it harder to sleep in the future,” says Schiff.

6. Exercise earlier in the day

What if you could combat the morning feeling of grogginess? A 2020 study suggests that exercising can help the body adjust itself to an earlier bedtime and wake-up time.

For people who naturally wake up early, exercising in the a.m. specifically leads to positive results, but people who have a later chronotype can pick either morning or evening sweat sessions.

And the benefits don’t stop there. “Physical activity helps our bodies make the transition between the phases of sleep,” Schiff offers. “And, since exercise places physical stress on the body, the brain increases the time you spend in deep sleep.”

Our bodies thrive on routine, so aim to go to bed and wake up around the same time, whether it is a weekday or a weekend. Once your body gets used to the arrangement, it will naturally have a harder time sleeping in. You may just become the morning person you never thought you would be.

Truth is, waking up earlier is an advantage

When it comes to school schedules, work hours, and when businesses open, early birds are at an advantage. They are less likely to be slammed with to-dos in the wee hours of the night or experience the surge of revenge bedtime procrastination that comes after ending a day late. So naturally, early birds may also have an easier time getting seven to nine hours of sleep.

While you can't rewire your chronotypes, you can make shifts towards making mornings easier by altering your wake and sleep cycles. And the benefits of being a less grouchy morning person are enticing. Waking up with time to spare can have you feeling less rushed, more productive, and in better control of your time.

“It is easier for early risers to feel productive because they are more deliberate about when they wake up and what they are doing afterwards,” Schiff says. “Time also plays a role, as early risers feel that they have more of the day by being physically exposed to more sunlight – therefore, they are able to be more productive and get more done.”

As you work on warming up to mornings, don’t be discouraged if you are not immediately seeing an improvement in your attitude and energy levels.

“On average, it takes a little more than two months before a new behavior becomes automatic, and the time it takes for a new habit to form can vary widely depending on the behavior, person, and circumstance,” Schiff says.

And having a couple of slip-ups will not affect the long-term goal. Try to stay consistent and not view minor setbacks as deal breakers. Your mornings will thank you for it.

Ada Ciuca is an Austin-based writer and editor with a penchant for lighthearted wellness pieces. By day, she works as a content editor for Outfront Magazine. After hours, she dabbles into the fun stuff: health and fitness, travel, culture, psychology, and relationships. She has created editorial content for brands such as Headspace, Livestrong, Tinder, Dame Products, and Openfit. Curious about her work? Check it out at adaciuca.com.