The Truth About the Viral Lettuce Water TikTok Hack

Can lettuce tea help you get to sleep faster? Here are the facts. 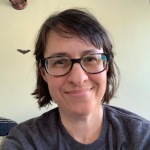 You may have heard about “lettuce water” as an easy and inexpensive way to help you fall asleep.

Recent stories about this viral sleep remedy — hot water steeped in lettuce leaves — mention a 2017 study from South Korea that seems to prove its effectiveness. While we were unable to reach a member of that study, we got in touch with Dr. Marie-Pierre St-Onge, associate professor of nutritional medicine and director of the Sleep Center of Excellence at Columbia University Irving Medical Center in New York.

St-Onge was blunt. “There’s no research to support a benefit of lettuce water,” writes St-Onge in an email. So why did this TikTok about lettuce water go viral in the first place?

The Video With 7+ Million Views

While scrolling TikTok, it’s not hard to give up a few seconds of your time, especially if those 60 seconds might introduce you to a hack that could potentially change your life. The lettuce water video went viral after TikTok user Shapla Hoque (@shapla_11) posted on May 30 that she’d heard soaking lettuce in hot water could help a person sleep.

Citing that she doesn’t sleep, Hoque decides to give it a try. After having a sip of the lettuce water, she checks in to say she does feel “slightly drowsy ... [but] not hella sleepy, like ‘knockout,’” she says in the video.

In the second brief update, however, Hoque tells the viewer, with her eyes closed, that she's "gone" — convincing millions that lettuce water is a must-try sleep hack.

Her TikTok has been viewed about 7.3 million times.

Some commented under Hoque’s video that lettuce tea has been effective for them. One person wrote: “I use a different kind of lettuce to make me sleepy... works perfectly.” Another person wrote that people in Mexico bathe their babies in lettuce baths to help them sleep.

“On my way to the shop to buy 30 lettuces,” wrote a third

Is There Science to Back It Up?

The study states that lactucarium, found in lettuce, like romaine or loose leaf, could potentially be a sleep aid. Lactucarium, a white, milky substance that appears when you break open a stalk of lettuce, is known for sedative and analgesic properties. For this reason, it’s sometimes called “lettuce opium.”

The 2017 study states that lactuca sativa is “known for its medicinal value,” and suggests it has “sedative-hypnotic” properties.

In the study, scientists gave mice pentobarbital — a sedative sometimes used to treat insomnia in the short term — and lettuce extract. Scientists measured the mice’s sleep latency — the time it takes to fall asleep — and the duration of their sleep.

The study found that extract of green romaine lettuce cut down on the mice’s latency, or time to fall asleep, explaining, “Romaine lettuce is an interesting and valuable source of sleep potentiating material.”

They also found that the mice that were given romaine lettuce extract stayed asleep for longer periods of time.

Debunking the Lettuce Water Research With an Expert

St-Onge pointed out some important details in the study that many may have overlooked.

First, mice, not humans, were given pentobarbital — a sleep-inducing drug — along with dried lettuce leaves, and green, red, or Romaine lettuce seed extract at different doses. That alone could affect the results of the study.

Second, lettuce extract contains far more concentrated lactucarium than what you would get if you just soaked some leaves in hot water. And, according to Dr. Chris Winter, neurologist, author of “The Sleep Solution,” and Sleep.com advisor, lactucarium is difficult to extract. Not only would it take weeks to create an extract but one would also need 90 heads of romaine lettuce in order to produce the right amount for sedation for the average woman.

“The investigators... suggest that polyphenol content of the romaine lettuce leaf and seed extract could improve sleep,” St-Onge says.

As to why mice were included in the study and not humans, St-Onge suggests there’s just not enough evidence to support a study on humans.

“The same group that performed the 2017 study published a study in 2019 showing similar results in rodents,” she adds.

It's also been suggested that the lettuce water craze carries with it a placebo effect. This means if you anticipate something’s going to have a specific effect on you, your body may respond appropriately.

“If you expect something to work, then you probably feel more sleepy,” St-Onge also told another outlet in an interview about lettuce water.

St-Onge also points out there are plenty of other reasons to treat Shapla’s post with skepticism. For one thing, the experiment wasn’t conducted scientifically (after all this, is TikTok, not a livestream from a lab).

“There’s no control (hot water without lettuce). She also added peppermint tea (which she says she knows doesn’t affect her sleep, but why?). One would need to do a real study to determine if this is effective or not,” St-Onge says.

Instead of Lettuce Water, Try...

If you are curious about whether or not it will work on you, there’s no harm in placing some lettuce leaves in hot water and giving it a shot.

“If you do drink it and it does help you fall asleep, then all the better in my opinion. It’s unlikely to cause harm,” says St-Onge.

But there is some hope in taking lettuce seed oil as a dietary supplement.

“Two studies showed improvements in sleep in patients with insomnia and pregnant women with insomnia,” St-Onge says about lettuce seed oil. “Nothing about (lettuce) water though.”

It’s also unknown whether just eating a few leaves of lettuce, either in a salad or on their own, could give the same results, but this is a case where trying likely won’t hurt. If you really want to try lettuce water, there is not too much harm in that, either. Just don’t expect it to be the magic solution to your sleep problems.

All things considered, the best solution might be sneaking lettuce into your last meal of the day. “[Eating lettuce] would be a healthy, good way to get more veggies, which we know is lacking in the American diet. I would suggest that people should eat more salads instead,” St-Onge says.

Want a new routine that’s not just watered-down greens? Try any of these scientifically backed teas for sleep, essential oils for calming, bedtime snacks, or even melatonin — all of which are (in our opinion) a whole lot more exciting than lettuce water.