Discovering the Rejuvenating Power of the Open Road

Everything’s bigger in Texas—including the opportunity for rest and renewal. Here’s how to get the most out of a socially distanced road trip through the Lone Star State. 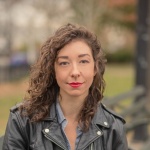 If you’re like most Americans, any distant travel involving airplanes you may have had planned for spring or summer 2020 most likely disintegrated as the world hunkered down to slow the spread of the novel coronavirus.

Americans still want to experience the thrill of travel, though. COVID-19 has left many of us feeling anxious and depressed, researchers say, and loneliness skyrocketed in the early months of 2020. Even the most hardcore homebodies seem to be feeling cooped up, and a road trip is a safe way to blow off steam, reconnect with things that inspire you, get some socially distanced time outdoors, and catch up on quality sleep.

The call of the open road is louder than ever, and cruising on four wheels suddenly seems like the safest way to forge your own path. As an added draw, US gas prices have been holding steady, at 50 cents less per gallon compared to the previous summer.

Road trips can be a powerful salve for the current chaos. Here at sleep.com, we sent two real-life best friends out to explore Texas in a custom Ford Transit camper van from VanDOit, a van conversion and rental company in Blue Springs, Missouri. The rig was outfitted with a plush, 12-inch-thick queen-size Sleepy's mattress in the back to encourage the kind of sleep dreams are made of, as well as comfy bedding and pajamas from a few valued partners.

The trip provided some much-needed downtime for the pair, helping them unwind and reconnect with themselves and each other. It was the perfect way to capture exactly what we hope to bring you on sleep.com going forward.

Watch a short video of their journey below, and then dive into our expanded travel guide to see more inside details. Perhaps it will inspire your own road trip in Texas—a destination tailor-made for slowing down and, ahem, refilling your tank—or anywhere else you choose to roam.

You know the joke about everything being bigger in Texas? The great state really is super-size: It’s the second-largest in the nation both by square mileage (after Alaska) and population (after California). This road trip starts way out in West Texas and passes through desert, mountains, small towns, and world-class cities, covering 1,078 miles across the Lone Star State.

Nestled in the foothills of the Franklin Mountains, El Paso is a border town along the Rio Grande—and it’s about as far west as you can get in the Lone Star State. With its laid-back desert vibe and year-round clear skies (it’s nicknamed “Sun City” for good reason), El Paso is a magnet for outdoorsy types and history buffs alike. Head to the 27,000-acre Franklin Mountains State Park for hiking and biking with dramatic views. East of the city, Hueco Tanks State Park and Historic Site is home to world-class rock climbing and ancient Native American pictographs. Check out the Spanish colonial architecture (think boxy design and white adobe walls) of some of the oldest parishes in the state on the El Paso Mission Trail. In normal times, the city is home to a vibrant art scene and loads of festivals, so plan to make a return trip when crowds sound like a good idea again.

Back in 1932, engineers began building the 75-mile stretch of Texas State Highway 118 and 166 that eventually became known as the Davis Mountain Scenic Loop. The road carves around the Davis Mountains—rugged green peaks that look down over the Chihuahuan Desert’s flat expanse. Turn into the Davis Mountains State Park for a bird’s eye view of a 19th-century military post, and pause at the historic (if awkwardly named) Indian Lodge, also built in the 1930s, to admire its out-of-time architecture. Cruise past Madera Canyon and take in the green trees and ubiquitous birds inside the Nature Conservancy’s Davis Mountains Preserve, and marvel that all that lushness thrives on mountains hunched in a wide, flat desert.

Over the last decade, the stark desert town of about 1,700 residents has become a hipster Mecca thanks to its outsize culture scene and influx of Instagram-worthy art. (One of many examples: Prada Marfa is a permanent site-specific installation that looks like, yes, a freestanding Prada store plopped in the middle of the desert.) While COVID-19 has hit pause on the city’s see-and-be-seen festivals, The Chinati Foundation/La Fundación Chinati, an awe-inducing contemporary art museum scattered across a former army base, has reopened its outdoor exhibits with limited hours, and a few galleries around town are open by appointment only. In Marfa’s starlit outskirts, there’s a viewing platform for those hoping to spot the Marfa Lights, mysterious glowing orbs that have fascinated visitors for centuries. Just watch your step—tarantulas reportedly roam the area.

Staying socially distanced feels more blissful than burdensome when you’re the only car on a winding, rustic road and Mother Nature’s showing you everything she’s got. That’s what wending through rippling plains, looming mountains, and the tiny, half-abandoned community of Ruidosa on Pinto Canyon Road feels like: There’s a secret path and it’s yours—all yours. To catch the colors of the vibrant sunrise or sunset (and get a little existential in the process), pick up the road near the Texaco downtown and head southwest, with Chinati Peak in the distance. Pick a pretty turn to pull off, tuck away your phone (no cell reception out here, anyway), and witness the start of a brand-new day.

Almost 4,000 acres of powder-white dunes cover this state park, which resembles something out of a Star Wars film. The wind sculpts the massive sandbox into peaks and valleys that shift by the day. Bring a sled or piece of cardboard to slide down the soft dunes, and—pro tip—pack some cornstarch or baby powder to dust the sand off before you get back into your car.

One of the largest pink granite formations in the US, Enchanted Rock has drawn visitors for thousands of years—not to mention its fair share of roadrunners, sheep, and deer. Hiking up to the top of the dome is a must; you’ll be treated to spectacular views of the entire park, with humans at the bottom milling around like ants. (Bring headlamps or make plans to camp near the top, since it’ll be awfully dark on the climb down.) Insider tip: Most hikers reach the dome’s flat top and assume they’ve seen it all. But if you continue to the far side of the peak, there are caves you can (carefully) drop into and explore.

This city park is in the middle of Wimberley—one of those quintessential Texas towns, historic and charming and eminently Instagrammable. “Blue Hole,” as the locals call it, has secret, hidden-gem vibes and is one of the best swimming holes in the country: think clear, crisp, spring-fed water ringed with overgrown cypress trees that provide just the right amount of shade. Thanks to COVID-19, visitors need a reservation to swim, and spots are sold out for the rest of the 2020 season—so add this to your inspo board for next summer, or check out the surrounding easy hiking trails, res-free. The quaint downtown around it can be tackled in an hour or two. Once the pandemic has passed, expect friendly locals, stellar barbecue spots, and darling shops hawking antiques and local art.

The absolute coolest way to beat the Texas heat: Head underground into Longhorn Cavern, a geological wonder that’s always a comfortable 68 degrees. The cave is the star attraction of the small park, a subterranean wonderland carved by an ancient river. Reserve your spot for a walking or spelunking tour (you can only enter with a guide), and don’t leave without admiring the circa-1930s park buildings, all built with that classic Civilian Conservation Corps style.

Come for the live music scene and cool-kid ethos, stay for the lakes and parks that make the city nature’s playground. Hip neighborhoods abound in ATX: East Austin along 6th Street is a patchwork of new beer gardens, eateries, and fancy apartment buildings. (Avoid the loud and touristy “dirty 6th,” west of I-35, unless you’re 23 and drunk, in which case, by all means!) In Downtown Austin, 2nd Street near Guadalupe and Congress is lined with trendy boutiques and outdoor dining, and the new Central Library's outdoor deck is a design lover’s dream, with colorful pouf chairs, sculptural sofas, a garden area, and sweeping views of downtown. North Loop is the best destination for affordable vintage shopping, and South Congress, or SoCo, is a go-to for ridiculously hip and sometimes expensive styles. Once restaurants open back up, SoCo is also the best spot to grab brunch (from sushi to Tex-Mex to French fine dining to taco trucks), with great views of the capitol building and cool curio shops studding the neighborhood.

In terms of access to nature, Lady Bird Lake is where the locals go for their daily dose. Get out on the water on a kayak or SUP, or walk or bike the trails along the sides of the “lake” (which is actually the broad part of a river) in the heart of downtown. Mount Bonnell in Covert Park is also worth a visit—a small mountain perch near the city center, it’s an easy stair-climb with lovely views of the Colorado River. If you want to incorporate some art into your exercise, the LaGuna Gloria Outdoor Sculpture Park is decadent and lovely, like strolling through a European garden. Be sure to visit Congress Bridge at sunset to watch the colony of 1.5 million bats fly out creating a surreal, swirling sight.

Locals swear the best way to get from Austin to San Antonio is to go a little off course: Meander into Hill Country for adorable downtowns and scenic wineries. (Never mind the added mileage: San Antonio has some of the cheapest gas prices in the nation.) Once you reach San Antonio, you’ll notice the city’s pride in how it has preserved its history; Hispanic culture is woven into the city’s fabric. Downtown San Antonio is home to the Alamo (currently closed due to COVID-19), an 18th-century Franciscan Mission and battle site. It’s an easy bike ride south along to the river to the four Missions—a UNESCO World Heritage Site and, along with the Alamo, one of the city’s original settlements.

Also in downtown San Antonio, plan to check out the San Antonio River Walk, a vast warren of promenades and pedestrian bridges, lined with shops, bars, and restaurants (including tons of great Tex-Mex, unsurprisingly). In recent years, the city has extended its River Walk into pedestrian-friendly paths through revitalized neighborhoods, including the King William Historic District, known for its gorgeous old mansions (perfect for a socially distant stroll), and the Pearl, once a dilapidated brewery complex now all decked out with a food hall, hip eateries, an outdoor amphitheater, shops, and cleverly designed green spaces.